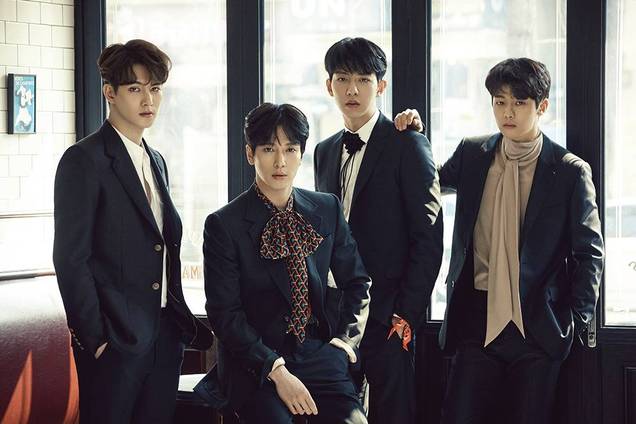 After last year's smash "Cinderella," CNBLUE is back in blue with 'Blueming.' This EP contains five new songs for your listening pleasure, right at the beginning of springtime. Each of the members have a hand in one or more of the tunes, so the boys have a chance to show off their unique charms on this disc.

"You're So Fine"
Written and composed by member Yonghwa, this tune features not only horns but also a couple different guitar tracks, both acoustic and bass. There's even a synth zip before the chorus. The song has a liveliness and upbeat tone that is also quirky and tongue-in-cheek. Definitely a singable hook: "Love is you!" The lyrics are clever and playful -- they're saying the smallest things about her always amaze them. 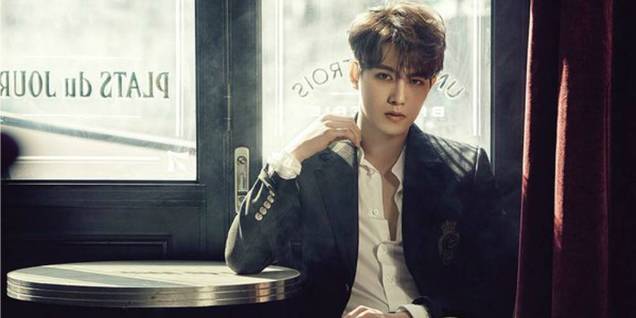 "The Seasons"
This song is even more upbeat than the title track, but less quirky. Still, the tune's tons of fun. Co-written and co-composed by Jonghyun, the track features guitar and claps. There's some interesting imagery here:

Like warm sunlight you melt my cold heart
As you cautiously whisper in my ear
The one thing you said to me consoles me completely
Like the leaves that will always fall very slowly
Will our hearts wither away someday?

It's a folked-up melody, with a tone that belies the serious lyrics -- their love has the characteristics of the seasons.

"Young Forever"
An expansive soft rocker with a pensive piano and guitar. The beats come fast, though, and the vocals come in quickly, echoing occasionally -- all of it serves to heighten the tension. The chorus settles in comfortably in this Yonghwa tune. It's a song about feeling vulnerable after a breakup. 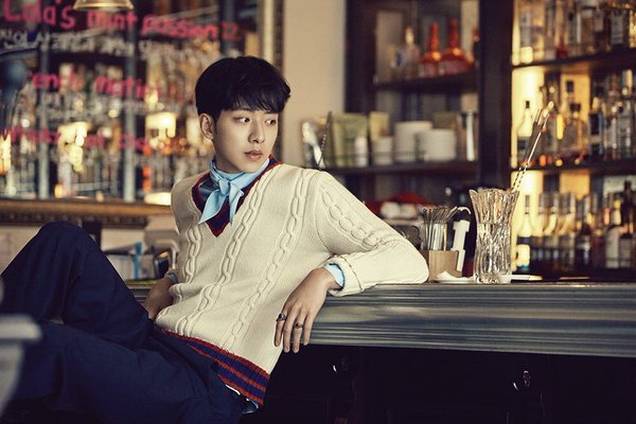 "Without You"
The song is the true ballad of the disc, delivered pleadingly and earnestly, with the voices rising above the production, which also includes electric guitar and piano. They did seem to resist an orchestra, for which I'm grateful. I like how this is put together -- Jungshin did a great job helping write and compose this one. The message of this tune is clear: they can't live without her.

"Stay Sober"
Sung entirely in English, with some nods to country and blues, this rocker stands unique on this album, and  most k-pop as well. The tune tackles rather somber topic: a plea to stay sober, sung to a girl with a drinking problem. Problem is, it doesn't seem serious at all. Composed, co-written and sung by Yonghwa, this almost sounds like the singer isn't sober himself, reminding me a bit of Violent Femmes. BTW, that's meant as a compliment. 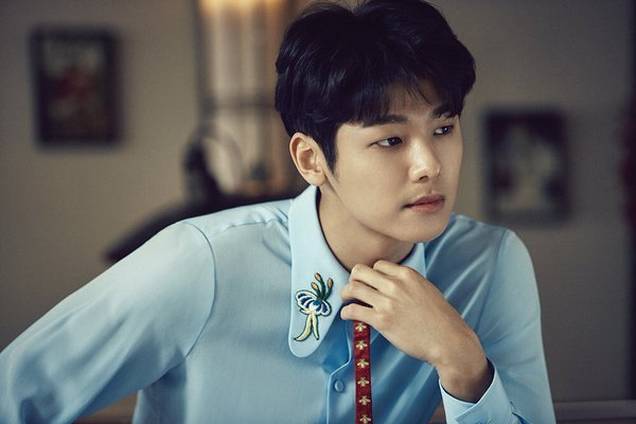 One of the things I love about CNBLUE is that they surprise me with every release. This is a very different beast than '2gether,' for example, and I get the feeling that this isn't the last time we'll hear something different from these four. It's always better when bands are allowed to show some creativity, and this album is a prime example. A pleasant listen through and through, with some humor sprinkled throughout, this is a great way to welcome Spring.

The boys play lounge singers and admirers in "You're So Fine!"

It's a cute video, with a fairly simple plot. In each case Yonghwa is in a position for the girl to do something nice for him, offering a flower, or pouring some wine. Humorously, he's not the recipient of either, each item going to someone quite older or younger, as he is right there. It's okay, though. You can probably guess he ultimately gets the girl. It doesn't show much other than the girl standing close to the guy, leaving it open for some fanfic... 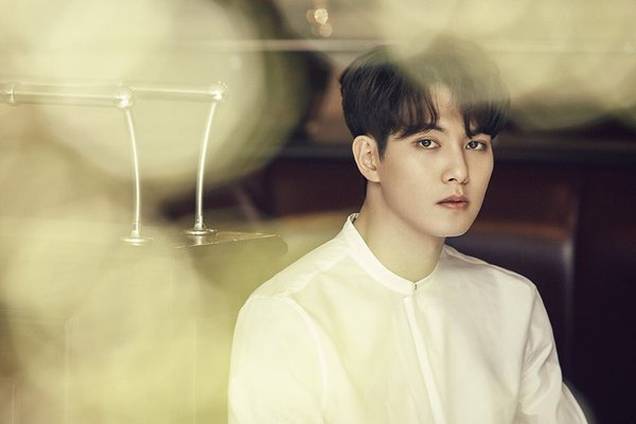 He looks like someone told him his dog died...

There are a few scene and costume changes here, nothing too amazing or jarring. At one point they're a lounge act. At another, they're jamming together at rehearsal. And yet another, they're people listening to the band. It's just that one, with the floral sport coat...ugh! Makes me wonder how much input they had in the wardrobe.

The video's pretty appropriate and relevant. The song doesn't lend itself readily to interpretation, so this was as good an attempt as any. I like that they kept it lighthearted, just like the song. There's no complicated feelings behind the track, just like all the shots are pretty straightforward. Was it cute and funny? Yes. Would I watch it again? Yes. It helps that I like the song, but the girl wasn't too shabby looking either. Thumbs up.

J.Y. Park thanks fans for taking essay book 'What Should We Live For?' to top of bestseller list
6 minutes ago   0   62