North Korea is known to have one of the most closed off borders in the world, but at least in recent years, that seems to be less of the case. TV Chosun reports that Jun Ji Hyun is setting trends north of the border too!

The news outlet states that Jun Ji Hyun's makeup is trending in North Korea along with many other South Korean trends.

The reporter points out that even Kim Jong Un's wife has been seen with nude lips along with other North Korean women, which is one of the looks Jun Ji Hyun's character in the hit drama 'You Who Came From the Stars' bore.

An interview reveals that the Hallyu Wave is also coming to the capital Pyongyang, and when women see the dramas, they want to become prettier too. That means that South Korean makeup products, such as Amore Pacific, have been entering North Korea more often. The reporter reveals that if a product says 'Made In Korea', it's more likely able to cross the border.

Even the 'eating culture' is looking more like it does in Seoul. Cafes have been coming in, and the general public is said to like espressos. Footage of a North Korean broadcast shows a lady impressed with a restaurant pager.

Anonymous netizen who claims to know Kim Seon Ho and his ex-girlfriend announces plans to unravel the 'truth' behind the controversy
13 hours ago   93   147,354 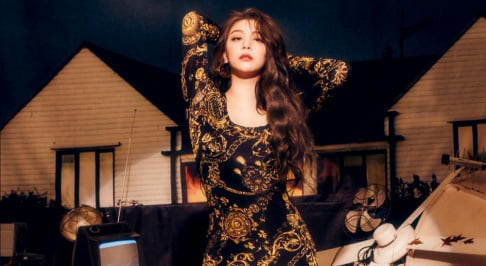 Ex-girlfriend 'A' who raised accusations against 'Actor K' rumored to have worked in the broadcasting industry for nearly 10 years
2 days ago   103   153,538