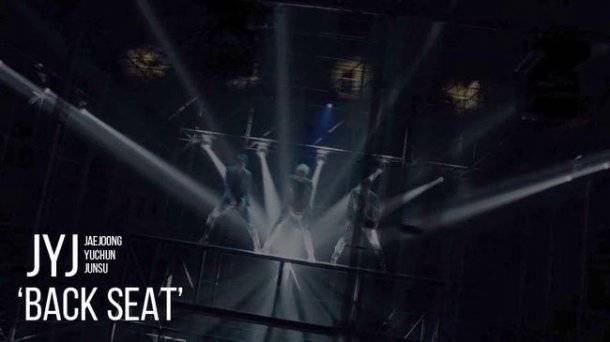 After exciting fans with their comeback date and the name of their album, JYJ have followed up with the announcement of their title track, "Back Seat"!

C-JeS Entertainment stated, "We have decided on 'Back Seat' as the title track of JYJ's 2nd full-length album 'Just Us', which is set to be released on July 29... 'Back Seat' is a trendy, urban R&B song with sexy lyrics and a dreamy feel, with charms never felt before through JYJ's previous albums."

The MV teaser for the title track will be released on the 22nd!

BTS V becomes a trending topic worldwide as he breaks Psy's massive record becoming the Asian Soloist with Most #1s on the 'iTunes Top Songs Chart'
15 hours ago   46   8,227