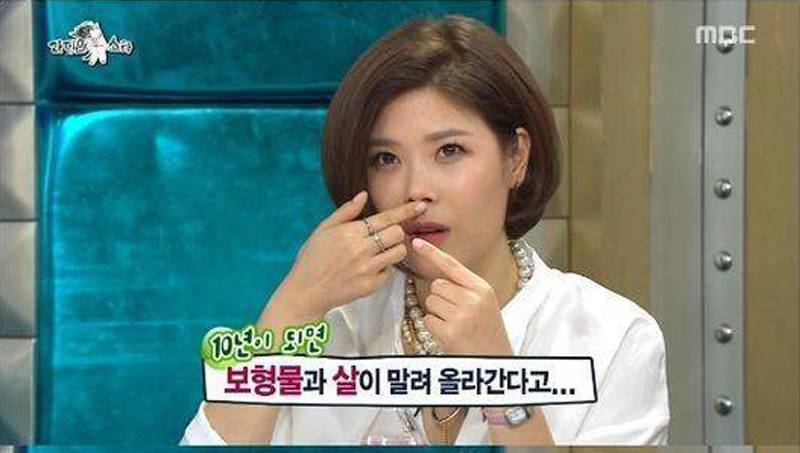 Lyn talked about her plastic surgery experiences on the April 2 installment of MBC's 'Radio Star'.

The topic of her admitting to plastic surgery in the past came up.  In relation to that, she said, "There were a frenzy of comments.  People asked, 'If you did it, why do you look like that?'"

She said, "They say that you have to redo plastic surgery.  I heard you have to do it once every ten years.  Like in the case of the nose, they say that the implant gets stuck to the skin and curls up.  It has been ten years since I did the surgery and my nose is like a pig's nose.  That's why when I take pictures these days, I cover up my nose."

She also said, "There were even people who asked me sincerely, 'When you shave your jaw, it hurts a lot, right?'"  She said she did not shave her jaw, but she admitted to having gotten a Botox shot, saying it was a very sad act and emotionally difficult because these days, there were so many pretty people.

Regardless of any insecurities about her face, Lyn showed that she had the voice of an angel by covering Lee Soo Ae's "Thank You For Being Mine."  Check out her beautiful performance below!

Netizens debate whether ITZY's Yuna looks better with or without bangs
2 hours ago   9   2,624