Toheart's Key and Woohyun reveal their similarities and differences with 'InStyle' 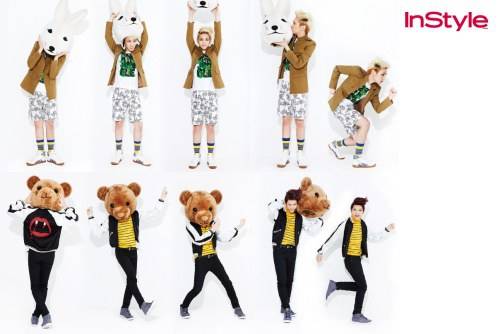 There was never a boring moment when Toheart came together for a recent 'InStyle' pictorial!


Toheart donned matching hairstyles, makeup, and outfits for the pictorial's twin concept and showed how they have fun together by playing with dolls, arm wrestling, and coordinating their outfits.

Key shared, "We are close so we decided to shoot a pictorial, and Woohyun suggested to the CEO about us possibly releasing an album." Woohyun also revealed, "I thought it was a joke, but our agencies merged so we were steadily able to release an album."

In terms of their similarities and differences, the SHINee member commented, "We both share a lot of interest in fashion so when we look through magazines, we send each other photos of new collections." Woohyun said, "But our tastes in food are not the same. Key is from his hometown of Daegu but he likes Italian food, and I like pure native [Korean] food." 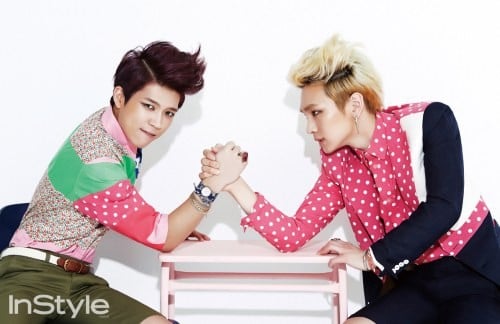 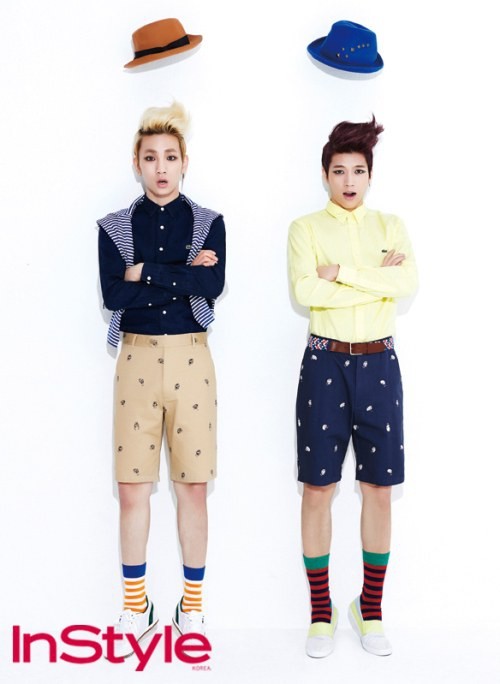 'The Late Late Show With James Corden' deletes videos of the host calling BTS's appearance at the UN 'unusual' in response to backlash from ARMYs
2 days ago   142   90,188