SG Wannabe, Big Bang, Davichi, and 2NE1 have the most digital hit songs over the past decade 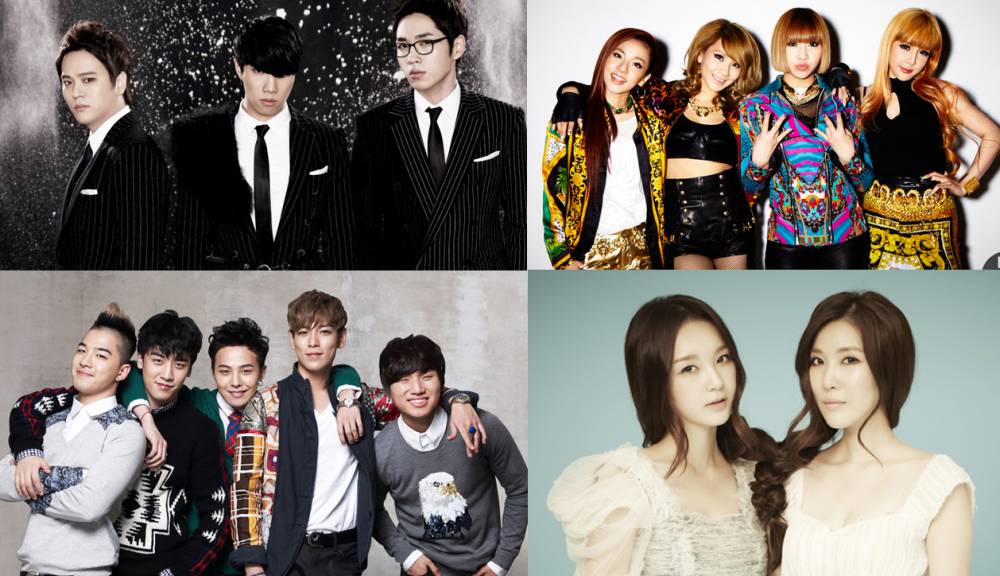 It has been ten years since the digital music market began making its mark in Korea!  Although the digital market overtook the physical market in 2003, most people took to P2P (peer-to-peer) and streaming due to copyright issues.  However, with the release of Se7en's digital single 'Crazy' in December 1, 2004, the first online music download sales began, helped by the launching of MelOn in November and Soribada in July of the same year .  In 2006, Korea became the first major music market in the world to become more than 50% digital!

The TOP 100 yearly charts that MelOn created based on the number of monthly downloads and streaming counts from 2004 to December 2013 were all looked over in order to discover which artists had the most hit songs over the past decade in the digital world.  There were a total of 976 songs!

Which artist had the most hit songs among the 976 in the last ten years?

In first place was SG Wannabe (debut year 2004) with a total of 24 hit songs, including three collaborations they did with Kim Jong Kook, Brown Eyed Girls, and KCM. In second place was Big Bang (2006) for a total of 22 songs all on their own, meaning no collaborative works!  For reference, sub-unit GD & T.O.P had two hit songs "High High" and "Oh Yeah."

In third place was female power duo Davichi (2008) with 18 hit songs!  After these two talented ladies was another YG group 2NE1 (2009), which came in fourth place with a total of 16 hit songs.  Unsurprisingly, the debut years do appear to be important factors in this list--at least for the top four.

In fifth place with a total of 15 hit songs were five artists and featured both older and newer artists: MC Mong, Busker Busker, Lee Seung Gi, Brown Eyed Girls, and SeeYa.  MC Mong had hit songs like "I Love U Oh Thank U," but he did not release a new song since 2011, the same year SeeYa disbanded.  On the other hand, Busker Busker began in 2011 with 'Super Star K' and officially debuted in 2012 to release quite a number of hit songs over a very short period of time.  Lee Seung Gi debuted the same year as SG Wannabe (2004).

Other artists unsurprisingly included popular ones, such as Girls' Generation, T-ara, Baek Ji Young, and more.

It has been 10 years since Korea moved into the digital music marketplace everyone uses today!  Congratulations to the artists who graced the annual Top 100 digital charts for the last ten years and look forward to even more hit songs that will take K-Pop by storm in the next exciting digital decade.

Woollim opens investigation after signed album gifted to Lovelyz by another artist is seen being sold illegally
9 hours ago   17   16,511

BTS V becomes a trending topic worldwide as he breaks Psy's massive record becoming the Asian Soloist with Most #1s on the 'iTunes Top Songs Chart'
14 hours ago   45   7,908

IZ*ONE label updates fans on status of lawsuit against malicious commenters
14 hours ago   8   4,220