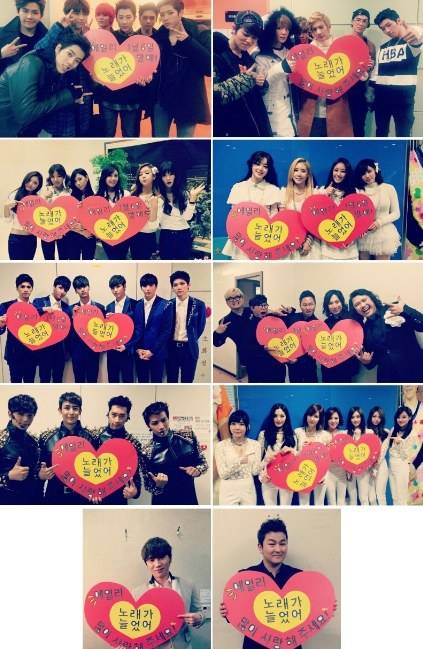 Ailee has swept 7 of Korea's major charts with "Singing Got Better"!

The singer released her digital single at noon on January 6 KST, and by 9AM on the 7th, Ailee reached #1 on Mnet, Bugs, Olleh, Soribada, Naver Music, Daum Music, and Genie. "Singing Got Better" actually ranks higher than TVXQ's "Something", which was released on the same day.

The song, a rock ballad that soothes the pain of a farewell through the melody, is produced by Wheesung, just like her debut track "Heaven". It's a song Wheesung both composed and wrote specifically for Ailee.

BTS Jin: King of Promotion, Mastermind behind all that is Godly resurfaces once again.
2 hours ago   3   1,779

BTS Jin: King of Promotion, Mastermind behind all that is Godly resurfaces once again.
2 hours ago   3   1,779