On the night of September 24th, Yang Hyun Suk quietly left for New York through the Incheon International Airport, and attention is now being drawn on what the trip could possibly be for.

YG Entertainment was met with widespread success in the American market thanks to Psy's "Gangnam Style" going viral, as well as Big Bang selling out all 24,000 seats of their first solo concert in just two hours. YG has been building up the foundation for their advancement since last year, having set up an American branch. The company finally feels ready to get the ball rolling starting this fall.

Many are speculating Yang Hyun Suk's recent trip to be concerning Psy or Big Bang, but more so for Psy since he recently contracted with Scooter Braun and Universal Republic Records. There's a high possibility that he's there to discuss on further matters of Psy's American activities.

Yang Hyun Suk will also likely be directing matters on Big Bang's concert considering the size of its scale. Although many Korean artists have held concerts in the States, it is rare to see concerts the size of Big Bang's, especially without any American promotions.

Psy will be returning from the U.S. on the 25th, and is scheduled to open a press conference at a hotel to talk about his thoughts on his American activities. He will then return to the States in mid October.

AKP BUZZ
[TW/CW] Two female middle school students jump to their death after being victims of sexual assault
3 hours ago   25   8,994 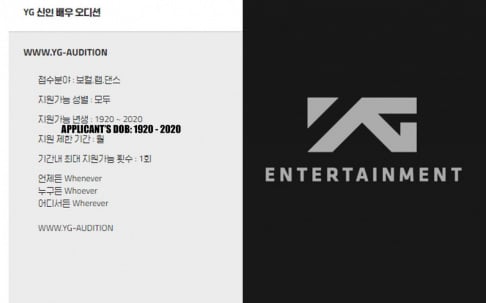 Netizens are loving how YG Entertainment lets anyone audition for their agency, even if you're 101-years-old
2 hours ago   10   3,240

AKP BUZZ
People are loving South Korea's UFO burgers and it's not only because of the food
55 minutes ago   4   1,882