After releasing a music video teaser for "Oasis" as well as the full audio, Pia and Block B's Zico have revealed the MV for the 'Golden Time' OST song.

While Pia's lead singer Yohan sang the vocals, Zico contributed with his rap for the OST. Their collaboration track has been included in the 'Golden Time' episodes starting from September 17th.

Check out the MV featuring scenes from the drama as well as the two artists recording for the track!

Yeonwoo clarifies post on career change after speculation about Momoland members
44 minutes ago   1   2,199 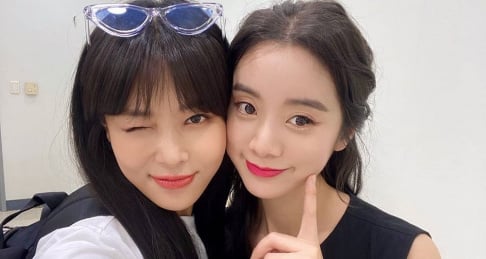 Taeyeon's homemade bracelets receive a lot of attention from her idol friends
2 days ago   5   8,733