BtoB is making their comeback with their second mini album, 'Press Play'!

The group is scheduled to reveal their album along with their title track, "Wow", on September 12th, and ahead of the release, a teaser image has been released through various social media sites.

The pop art teaser image containing the lower portion of a BtoB member's face and the "Wow" formed by the hands and the mouth, is all said to be the members' own idea.

"Wow" is said to be of "new jack swing" style, which was popular during the '90s, and incorporates the solid vocal and rap skills of the members.

The comeback was hinted at earlier through the photo of Sungjae and the stars of '90s based sitcom, 'Reply 1997', Seo In Guk and A Pink's Eunji, as the latter two mimicked the pose seen in the teaser image.

Yuri reveals the reason why there was no "Ending Fairy" for Girls' Generation's 'Music Bank' performance
7 hours ago   19   27,530

'Woo Young Woo's Dad' Jeon Bae Soo shares how it feels to be recognized in the public after being in another successful drama
5 hours ago   3   6,406 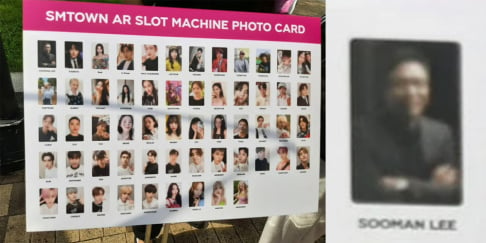 Even though 4th generation girl groups are all the rage these days, BLACKPINK is still BLACKPINK
1 day ago   55   37,288

Fromis_9 members and Pentagon's Wooseok allegedly seen entering a room bar together in Hongdae
2 days ago   110   91,470