CNBLUE's Yonghwa composed "Love is Only You" for upcoming AOA album

CNBLUE's Yonghwa has added another song to his list of accomplishments as a songwriter.

On July 27th, FNC Entertainment revealed, "Yonghwa gave Juniel the song 'Fool', which was included in her debut album 'My First June', and this time he will giving his self-composed song 'Love is Only You' to rookie group AOA for their album 'Angels' Story'."

"Love is Only You" is an R&B pop track with a trendy melody and romantic lyrics about a girl who has fallen in love.

Singer, actor, and song-writer Yonghwa stated, "I am thankful to have been given the opportunity to give one of my songs to my agency's first girl group, AOA."

On another note, AOA will be releasing their first single album 'Angels' Story' on July 30th. The single album will have a total of four tracks including their title track, "Elvis".

EXO-L trends numerous hashtags to support Chen as the protest planned against him fell short
6 hours ago   44   20,497

Many of EXO's biggest fanbases release statements supporting Chen + fans say media like MBC report only on a very small minority that doesn't represent the fandom
22 hours ago   59   39,153 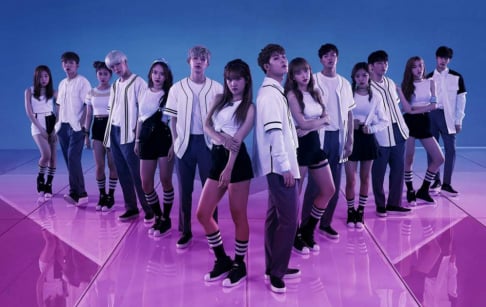 EXO-L trends numerous hashtags to support Chen as the protest planned against him fell short
6 hours ago   44   20,497

Former X1 members Lee Han Gyul and Nam Do Hyon get ready for their first fanmeeting with teaser poster
11 hours ago   0   2,573