Hallyu Wave expected to cool down in the next four years, KoreaTimes reports

In contrast to the multitude of Korean and international articles praising the Hallyu wave's rapid international spread and predicting its future growth, a new KoreaTimes article suggests that the viral nature of this success may not last as long as some expect.

"Six out of 10 foreigners believe the recent fad for Korean culture ? K-pop, movies and TV dramas and soap operas ? will decline over the next few years," the report reveals. A survey by Korea's Ministry of Culture Sports and Tourism and the Korea Foundation for International Culture Exchange (KOFICE) revealed that 60% of 3,600 people in nine countries doubt that the Hallyu wave will see lasting international success.

"The main reason foreigners doubted hallyu's continued success is because they are 'tired of standardized content,'" the article explained, attesting that 20.5% of respondents voted for this reason.

"Hypersexual dancing, lyrics and clothing are common among K-pop "idols," and teen singers," the report points out. "Korean drama series repeatedly revisit topics such as adulterous affairs, revenge and secrets surrounding the birth or identity of characters, making it difficult to move increasingly desensitized audiences."

Experts believe that Korea must 'sell its unique story' in order to win over other countries by integrating the nation's traditions into Korean pop culture.

As one representative from the culture ministry said, "Content that isn't original and diverse will not survive in the market. It is essential to diversify the stories in the media ... We also need to encourage financial investment in media, because you can't create a masterpiece with just a great story and an idea."

The report can be read in its entirety at KoreaTimes here.

Minhee reveals what she's been up to recently, talks about her hardships and receiving little money while promoting with Stellar
9 hours ago   16   27,102 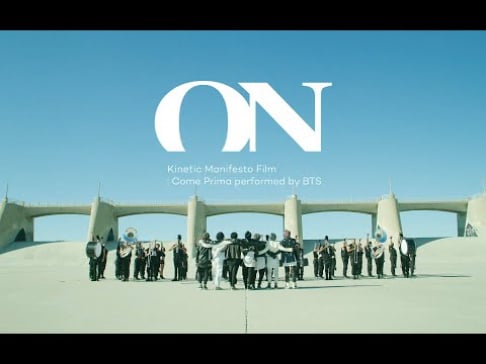 Taemin reveals he's working on multiple solo comeback albums + that his music and choreography style will change
2 hours ago   3   1,888

All members of the 'Handsome Tigers' basketball team showcase how much they've improved in their first official league tournament game
3 hours ago   0   1,566

Minhee reveals what she's been up to recently, talks about her hardships and receiving little money while promoting with Stellar
9 hours ago   16   27,102

Taemin reveals he's working on multiple solo comeback albums + that his music and choreography style will change
2 hours ago   3   1,888