Jang Hyuk and Lee Min Jung recently became models of a 50,000 won parody. A fan of SBS drama Midus by the ID name Son Doori recently posted a photo-shopped picture of Jang Hyuk and Lee Min Jung's faces plastered on the 50000 won bill. In the picture, the bill specifically includes details stating that this bill is accepted at different banks including Dohyun, Jungyeon and Jaemoon. Furthermore, the bill is also creating a lot of laughter because of its Midus label representing the president of Korean banks. Lee Min Jung had the honor of being a model for both the 50,000 won and 10,000 won bills. Netizens who viewed these bill pictures stated, "Seeing the actor and actress plastered on bills makes their expressions really cool," and "Seeing the actress on a 50000 bill like this makes her look really elegant." PD Nam Tae Jin stated regarding these bills, "Even our staff who viewed the bill parodies are amazed by it. We are thankful towards the fans. It gave us a lot of strength to continue on with the drama and provide fans with an even better storyline. Source: Newsen

Six years after her retirement, Ice Skating Queen Kim Yuna is utter perfection in a photoshoot for New Balance
16 hours ago   20   36,491

Fancam king, BTS’s Jungkook holds the record among idols for having the most fancams with over 1 million views
6 minutes ago   2   74 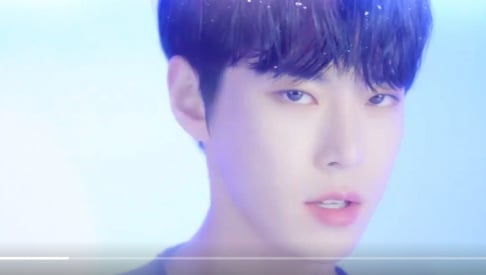