TRAX + Air To Debut on Inkigayo

Do you guys remember SM's rock group, TRAX? The 3-member group (previously 4) including Jay Kim, Kang Jung Woo and Kim Jung Mo have come together with the new rock band Air as a project rock band to formTRAX + Air! Before you guys groan about a potentially bad band, give "Fate" by TRAX-Air a listen: cr. miumiudolls It seems that netizens on Korean websites are also excited about the band's debut on Inkigayo because the band is getting a lot of positive feedback, and some have even called "Fate" "a harmonious blend of Jay's flowing vocals and Dong-wook's vocals to create a powerful song." TRAX + Air also sang the ending song titled "Fate" for the SBS drama, "Swallow the Sun". The band has also contributed to the OST of "Swallow the Sun" with the tracks "Fate", "Voice" and "In That Place". The MV for "Voice" will be coming soon, so make sure you guys keep an eye out for that! They will be debuting on Inkigayo on the 6th. Honestly, I loved "Destiny" and there aren't a lot of Korean rock bands, so I'm really looking forward to TRAX + Air's debut. What about you guys? 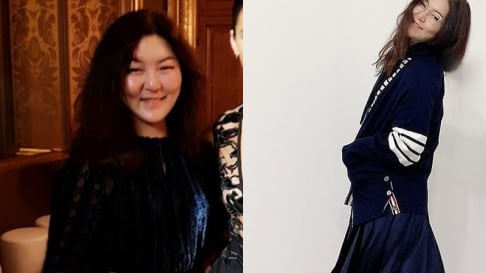 MAMAMOO's Solar says she didn't audition for SM Entertainment because she wasn't confident in her visuals
39 minutes ago   3   2,217

Check out individual female idol brand value rankings for the month of January!
1 hour ago   0   8,181

The 'Black Swan Challenge' is trending worldwide on Twitter as fans try to emulate BTS's moves
8 hours ago   11   15,230