On December 9, Super Junior appeared as guests on MBC every1's 'Weekly Idol', where member Eunhyuk is currently an MC!

On this episode, Super Junior commemorated their 15th anniversary since debut with a special segment prepared by 'Weekly Idol', revisiting footage from nearly 15~14 years ago of the Super Junior members during their debut days! The members each took turns reacting to footage from their earlier songs like "Miracle", "U", and more!

Whenever each member's turn came around, the Super Junior members couldn't help but LOL at the funky hairstyles, clothing, poses, and facial expressions. Yesung drew big reactions from his members for his big, bold hairstyle, while Shindong was the center of attention for his cute and chubby days as one of Super Junior's main dancers. On the other hand, Leeteuk's old, over-the-top facial expressions during "Miracle" bought "boo"s from the crowd, while Ryeowook surprised his hyungs with his unchanged visuals.

Watch Super Junior react to their old videos on this week's episode of 'Weekly Idol', above and below!

They matured beautifully and their talent and skills refined. 15 years of experience shows its results.

Netizens say that Cha Eun Woo's 'True Beauty' stylist is dressing him up like an ahjussi (middle-aged man) going through a midlife crisis
3 hours ago   22   5,809

Fans donated 8.8 Million KRW for treatment of childhood cancer in celebration of Kai's birthday
2 hours ago   6   5,423

Korean netizens criticize Red Velvet's Irene as she apologizes for her "communication method"
5 hours ago   84   22,055

After the teaser release, netizens comment that the new Mnet survival audition program 'Girls' Planet 999' will also be rigged
1 minute ago   0   0 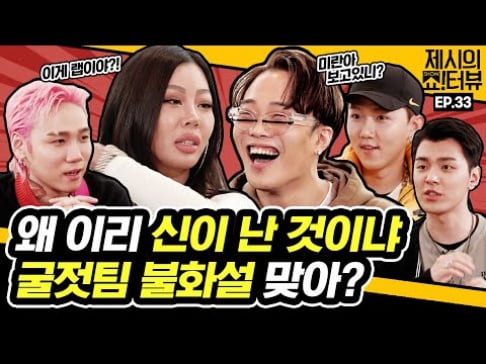 Korean netizens criticize Red Velvet's Irene as she apologizes for her "communication method"
5 hours ago   84   22,055

Sungmin's wife Kim Sa Eun receives shocking results of zero votes even after the dramatic performance with her husband
23 hours ago   78   110,154

"They're not fans, they're antis," Anger over a protest truck sent to Big Hit Entertainment saying Jimin is being mistreated
1 day ago   121   15,074