A Pink's Bomi slays in dance break for 'Dumhdurum'

A Pink may have released their comeback album 'LOOK', but that doesn't mean they're done releasing all their content.

The group surprised fans with a full dance break performed by A Pink's Bomi, which was only shown partly in the full music video for the group's title track "Dumhdurum". Bomi executes the choreography beautifully while dancing in heels, which is not an easy thing to do in water!

Check out the video above.

A nice video. The people who have proper knowledge correspondingly can enjoy every penny. Very nice video decorated with a soulful music so papernow.org service help to manage the task. Keep it up. Share these types of video more for your fans.

Dispatch deletes their Black Lives Matter post after being lambasted for including the hashtag #alllivesmatter
23 hours ago   314   20,874

Lee Hyori reveals she avoided variety shows because of appearances by ex-boyfriends
8 hours ago   15   24,449 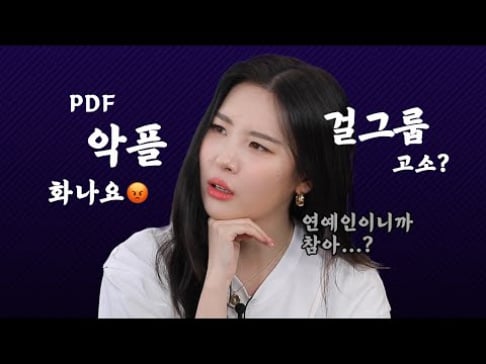 Sunmi talks about how female idols deal with hate comments, with TWICE's fans
37 minutes ago   4   2,537

Lee Hyori reveals she avoided variety shows because of appearances by ex-boyfriends
8 hours ago   15   24,449