While playing a game where the cast members and guests had to correctly guess the meanings of new slang terms popular with young people, Han Hye Jin asked Kyuhyun, "Are you 'JaManChu' (meaning, 'seeking to meet someone naturally rather than through blind dates, dating apps, etc')?"

Flustered, Kyuhyun had a hard time understanding that the question was directed at him. He then revealed, "Yes, I am, but if I were truly looking to meet someone naturally, then I would have to meet someone here." Han Hye Jin refuted, "It doesn't have to be here. You go to music programs, you do so many other programs,..."

Here, comedian Lee Yong Jin butted in with, "So I heard that you were spotted hanging out with (actress) Jin Se Yeon in Yangpyeong," causing laughter among the cast members! (Jin Se Yeon appeared as a fellow trip organizer with Kyuhyun on a previous episode of 'Salty Tour'.) Kyuhyun, raising his voice at the blatant lie, warned Lee Yong Jin, "Please stop lying on broadcast!"

Lee Yong Jin only shrugged and argued, "If it's not true, then just say it's not true; don't raise your voice!" But until the end, Kyuhyun fumed, "The viewers will misunderstand!" 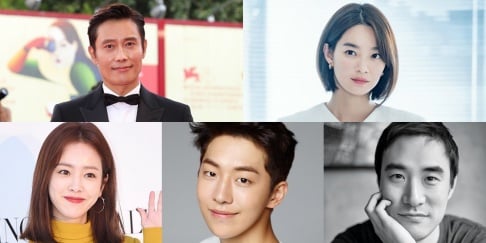 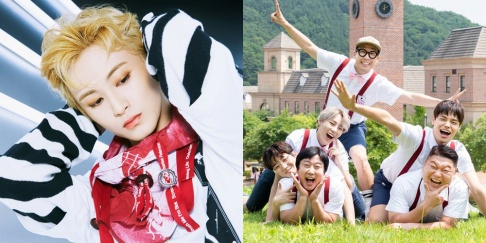 NCT's Mark to guest on 'We Play'

Kyu has cause to be concerned. Fans can be very sensitive and the actress could suffer from the rumor.

Ugh! I hate this cast except for Kyu... He's the only one interested in knowing more about the country other than what was specified on their brief.