Dal Shabet's Serri revealed how 'sponsors' slide into DMs and how they can sometimes ruin idol careers.

On the latest video she posted to her YouTube channel Serriday, Serri shared uncomfortable details about 'sponsors' and 'sponsorships,' which are deals industry higher-ups and financially well-off people offer to idol stars likely in exchange for sexual favors. Based on what she's seen for herself in the idol world, the Dal Shabet member stated that labels have a large part in whether idols are offered sponsorships. Some agencies will cut off the suggestion before it reaches the idol, while other agencies will suggest it to the idols themselves.

In the case of Dal Shabet, Serri stated, "My CEO never took the group out to bars or anything like that," explaining they never engaged in meetings with possible sponsors. However, she did receive offers from sponsors through social media DMs. She explained, "Everyone gets DMs like that. It's up to the person to either ignore it or get offended and do something about it."

She also revealed the darker side of sponsorships as turning down a sponsor may mean idols could be fired from opportunities or trainees will never get the chance to debut. Serri stated, "Not that these artists and trainees couldn't survive without sponsorship money, but for their dreams and goals to be threatened I think is terrible." 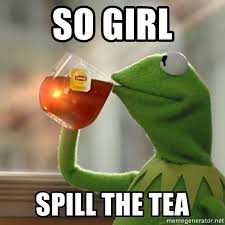 (JEA , B.E.G Group , about PD101 TV Season 1) The singer revealed, "I got a lot of calls [from men] during 'Produce 101.' They would just call me out of nowhere and say stuff like, 'I [like] Im Na Young.' There were celebrities among them as well." JeA exploded, "Like, what do you want me to do about it?" bringing a bout of laughter ... (JEA) She continued, "They would ask me about ['Produce 101' contestants'] personalities and if they like grown men. I have no idea why they would ask me something like that. It's not like they have a chance. And the age gap [between the guys and the 'Produce 101' contestants] was big, too." (June 2016)

Recent BTS practice photos have fans speculating that they're preparing to perform at the Grammys
6 hours ago   19   6,691

Netizens are supporting Chen's upcoming song with Dynamic Duo in the midst of his marriage and pregnancy announcement
5 hours ago   3   2,980

Recent BTS practice photos have fans speculating that they're preparing to perform at the Grammys
6 hours ago   19   6,691

BTS' Jungkook, a source of inspiration for army: A group of Finnish fans re-create Jungkook's GCF in Finland and make it to the news
6 hours ago   4   2,390