In the past, many female idols have been labeled as 'Human CG' for their beautiful visuals, including aespa's Karina and NMIXX's Sullyoon. This time, an online community forum post was titled 'I would believe that Jang Won Young is a CG if I saw these.'

The post had recent photos of the idol taken at the '2022 Melon Music Awards.' The twinkling eyes and other structures of her face appeared nearly 'perfect,' according to the netizens.

In the comments section, many netizens called her a "princess" or like a "game character."

Other reactions to these photos include:

"Is she a doll"
"She looks like a fairy"

"Where are her wings?"
"So beautiful...these are legendary photos"
"I gasped the moment I saw the first photo"
"A real CG"
"The best visual"
"Even dolls don't look as beautiful as these"
"A true game character"

What are your reactions? 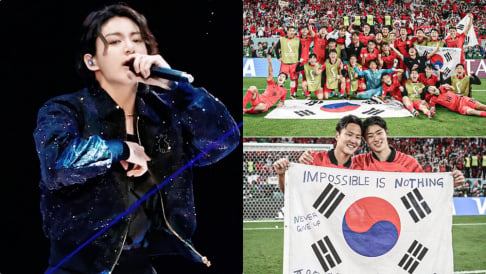 The comments here are disgusting... The same people here who defend their favourite idols are bullying an 18 year old... Well done for proving that i-netz are as trash as people say. 🤦‍♂️

Because she's so gorgeous! No wonder!