On December 4, Hong Jin Young's agency, IMH Entertainment, announced that "Color Mood," which was released on December 2 at 6PM KST has entered the iTunes chart in seven countries, ranking highly in various countries such as 3rd in iTunes Indonesia and Saudi Arabia, 5th in Taiwan and Vietnam, 6th in Turkey, 13th in Hong Kong and 15th in Brazil.

In addition, the song "To Live" which was included in this album was also trending in TikTok Macau . 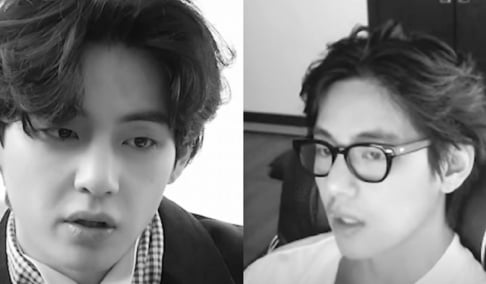 BTS V shares his thoughts on fashion in 'Veautiful Days' teaser for special 8 photo-folio 'Me, Myself, and V'

SECRET NUMBER bring you behind the scenes of 'Tap' MV

Seems like her scandal mostly hit her hard back at home? I wonder if she'll be able to climb back up. Men have larger scandals and go back okay, it's always different with women

VICTON's Seungwoo discharged from his mandatory service today
2 hours ago   2   1,165