During December, everyone starts to feel the holiday and winter vibes in everything they do, from watching moody and heartwarming dramas to donning thicker coats, stylish scarfs, wool bonnets and gloves, knitted vests and padded jackets. Hot beverages become much more enticing, such as hot chocolate, hot cocoa drizzled with caramel, or pumpkin spice lattes, while some make sure to wear long johns under their outfits and bring hot packs to ensure they won't be cold.

While you are in the comfort of your home, one may want to feel the vibes of winter even without going out in the cold. What better way to do so than to listen to music and tracks that capture the essence of the season? From classic singles and tracks that evoke winter nostalgia to songs used as soundtracks in K-Dramas, as well as those with titles that directly reference winter, there is no shortage of music to help you get into the winter spirit.

Here are some of the best K-Drama soundtracks or OSTs that reference winter in their titles, making them perfect for the holiday season!

On December 24, 2021, V released "Christmas Tree" as OST from the romantic comedy series 'Our Beloved Summer.' The song immediately took over the top position on iTunes' US and Worldwide charts, outdoing the legendary Christmas song "All I Want For Christmas Is You" by Mariah Carey. The slow tempo melody enabled V to display his wonderful vocals, offering warm and affectionate feelings and emotions. The brief flashes of the drama from the high school time frame in the "Christmas Tree" music video could indeed make the audiences yearn for their adolescent years. Aside from this, its lyrics can directly touch your heart and match the holiday season, such as the lyrics, "Whispering of the stars, They're singing like Christmas trees for us."

When The Weather Is Fine OST

The track itself can tell the story of how cellist Mok Hae Won leaves her job in Seoul due to a string of unfortunate incidents and returns to Bookhyun Village in Gangwon Province, from which she previously lived while a high school pupil. There, she meets once more her former classmate and neighbor, Im Eun Seob, who operates a bookstore presently. Throughout the freezing winter, attempting to flee the cruel and gloomy truth of life, they both discover coziness from one another that is adequate to soften their long-frozen hearts.

"I Will Go to You Like the First Snow" by Ailee

OST and vocal powerhouse Ailee lent her voice to become one of the memorable soundtracks of the hit drama series, 'Guardian: The Great and Lonely God.' The track was one of the greatest singles of 2017, topping the Gaon Music Chart's annual digital, download, and streaming charts. It also ranks among the highest-grossing record in movies and dramas in the Korean soundtrack industry. The song was composed and arranged by the South Korean indie band Rocoberry whereas the lyrics were written by Mina. The lyrics focused to communicate pain and love simultaneously, which has been obtained from the plot of the drama based on the lyricists. It is a song that the public won't lose interest in despite how several times they hear it. Also, Ailee's sentimental sensibility that is appropriate to every winter have seemed to have struck a chord with music fans.

"Snowflake" by Gummy
That Winter, The Wind Blows OST

Another OST queen, Gummy, has a soundtrack perfect for the winter. "Snowflake" was released in 2013, and her tenth anniversary as a singer for the drama 'That Winter, The Wind Blows.' The song perfectly resonated with the romantic yet tragic vibes of the drama and became a well-loved track among fans. The track peaked third in the Gaon Music Chart positions and had an estimated 1,128,727 sales, according to Gaon. The song lyrics capture how love can bloom alongside the snow flowers despite the cold winter and become happy.

The track that is believed to have launched Park Hyo Shin to additional prominence was "Snow Flower," a song from the original soundtrack of the 2004 series, 'I'm Sorry, I Love You.' The track is a rendition of the Japanese song "Yuki no Hana" performed by Mika Nakashima. The song served as a perfect background music to the rollercoaster of emotions one will feel while watching the drama. The song is also perfect during the winter, especially with the lyrics making several winter references, such as "I would’ve become a star in the winter sky and shined on you", and "As I watch the first snow flowers of this year right now, in this moment that we share together, I want to give you my all."

"A Winter Story" by The One

That Winter, The Wind Blows OST

Another soundtrack from the legendary winter K-Drama 'That Winter, The Wind Blows', is "A Winter Story", which is perfect for telling the story of the drama. The song lyrics perfectly emphasize the cruel fate and destiny which has been playing with the protagonists. The lyrics include references to winter too aside from its title, such as "My person is soft like the white snowflakes" and "Even if the cold winter comes and freezes my entire body, I will always be by your side". Everything makes it even better with the slow and mellow melody of the song, perfectly suited to the cold weather.

"When Winter Comes" by Kim Feel

When the Camellia Blooms OST

The romantic comedy, slice-of-life drama series 'When the Camellia Blooms' is a real feel-good drama for drama watchers, especially warming during the sad times and even during the winter time. Its soundtrack, "When Winter Comes" by Kim Feel, is a perfect match to the warm feels emitted by the drama as the song refers to someone who comes when winter comes. It also implies throughout the song that your special loved one will stay throughout the seasons.

"Winter of May" by Kim Bum Soo

Youth of May OST

The 1980 Gwangju Uprising is the setting for the film 'Youth of May,' which centers on the romance between medical student Hwang Hee Tae and nurse Kim Myung Hee. The play depicts the love and relationships of youth who would otherwise have led normal lives rather than on the frontlines of the Gwangju Uprising. One of its main soundtracks, "Winter of May" by Kim Bum Soo, makes many references to the seasons, specifically winter, which pertains to pain and coldness. While it may be sad, it is perfect to listen to during the cold weather, and it feels like a blanket.

Which among these soundtracks is your favorite, and which other K-Drama soundtracks do you think perfectly fit the winter vibes? 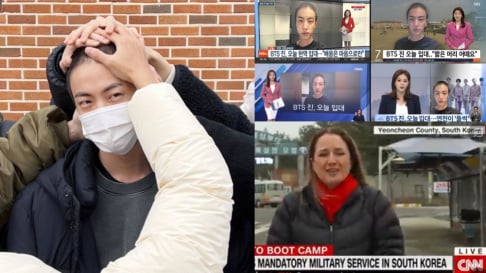 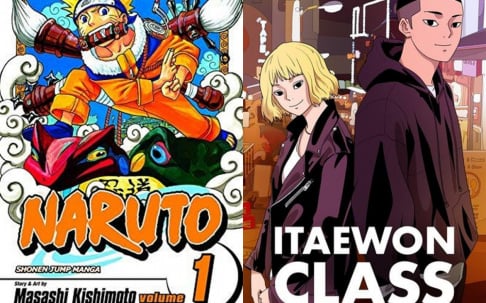 I love Christmas Tree by V. The song holds so much emotion with V's emotive, honey, soulful vocals. They used this song well throughout OBS. I teared up hearing it for the first time. Also, Christmas Tree by V made history, setting records never seen in an OST before.

As I write, I’m actually listening to Christmas Tree and the authentic emotion in KIM TAEHYUNG’s intimate vocals is truly a heart warming experience! It’s exceeded 200M streams in less than a year and was the first and highest K OST to chart on the Billboard Hot 100! I’m so happy to see AKP staff acknowledge Christmas Tree in this list! 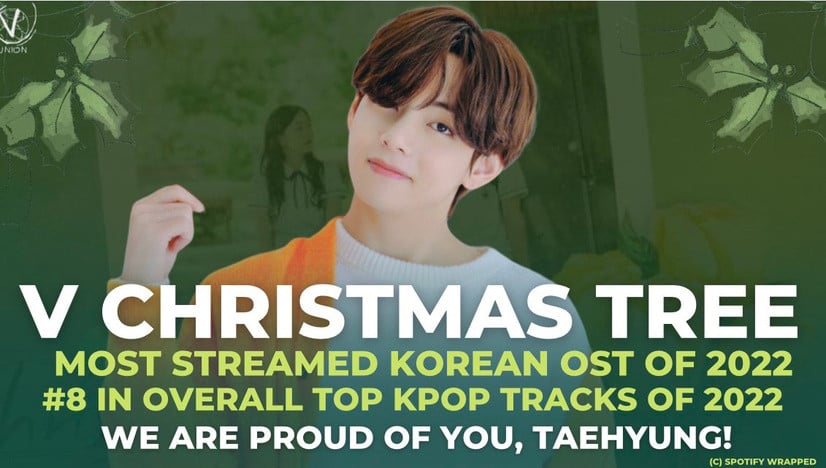 Song Hye Kyo responds to 'The Glory' viewers saying that she suddenly looks much 'older' than before
1 hour ago   6   6,242