On November 22, one netizen took to an online community forum to create a post titled, "FORMER LE SSERAFIM'S MEMBER KIM GARAM'S RECENT WHEREABOUTS". Here, the netizen included two photos that showed Kim Garam posing with a group of people, who were cropped out from the photo, while wearing her school uniform. While it is not known whether or not Kim Garam will be returning to the entertainment industry, she still continues to receive a lot of attention as a former member of HYBE Labels' successful female idol group LE SSERAFIM.

"What is up with people saying they want her to return? She's an iljin who got the 5th level punishment."

"No matter how much I look at it, Kim Garam seems like the center of LE SSERAFIM."

"Omg, she's from the School of Performing Arts Seoul?"

"If only we take away her school violence record, she has visuals that I looked the most forward to."

"But if you see the LE SSERAFIM fancams, she is seriously super pretty."

"She's really good at dancing, so I think she might debut in another group."

"A celebrity is a celebrity after all. Even in a mask, her pretty visuals can't be hidden. She's also so pretty in the school uniform."

"She should just make her return." 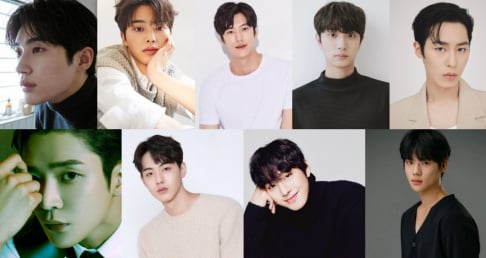 Here are some currently promoting male actors who are extremely tall 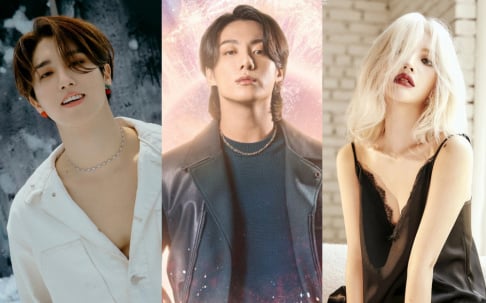 Which idols are the well-rounded artists good at singing, dancing, rapping, composing, and songwriting?

Time to leave the girl live her own life. Why spreading her wherebouts?

"What is up with people saying they want her to return? She's an iljin who got the 5th level punishment."

She was proven innocent, the so called victim admitted to lying and exaggerating the story. You can get a level 5 punishment just for cursing which is what she did BECAUSE THE SO CALLED VICTIM TOOK A NAKED PICTURE OF ANOTHER MINOR (Garam friend) AND POSTED IT ONLINE. SHE (THE SO CALLED VICTIM) ADMITTED TO IT. Yall need to stop with this "bullying" narrative as if you wouldn't stand up for your friend.

BTS's Jimin is spotted at the Incheon International Airport departing for the U.S.
2 hours ago   5   3,021

K-Netizens have a heated debate after Jeremy Erlich, Spotify's Head of Music Strategy, is frequently spotted with BLACKPINK Rosé
1 day ago   146   75,825