There is another drama that is being stirred up as another idol has become victimized by the social media comment terror.

The incident started when TWICE's Dahyun was doing a live broadcast on the fan chat platform Bubble. During the broadcast, BLACKPINK's song, specifically Lisa's "LALISA," played from Dahyun's phone. Dahyun began nodding her head to the beat and quickly explained that she doesn't have YouTube Premium and it was a YouTube ad. After waiting for the skip button to pop up, Dahyun pressed it to skip the ad.

This triggered some unruly fans to herd to Dahyun's Instagram and leave comments terrorizing her social media.

One K-netizen shared this in an online community and recalled the time when similar unruly fans also terrorized Chaeyoung's Instagram when she dyed her hair orange. These fans claimed that Chaeyoung copied Lisa's hair color back in 2018.

This started another debate where rational fans defended Dahyun, explaining how BLACKPINK members suffer in the same way, so it's hypocritical for these unruly fans to do this to other idols.

Netizens commented, "There are TWICE fans who slander BLACKPINK on online communities like here on Nate Pann," "TWICE fans also attack other girl group members too but that's okay? They get upset when their members get attacked by other people," "BLACKPINK fans suffered more by TWICE fans, lol," "Dahyun is the victim here, why are BLACKPINK fans getting upset here?" "Those fans are international BLACKPINK fans," "But does Dahyun really need to be attacked for what she did?" "Always overreacting fans," "Why are they overreacting?" and "All fandoms are the same in my opinion. lol." 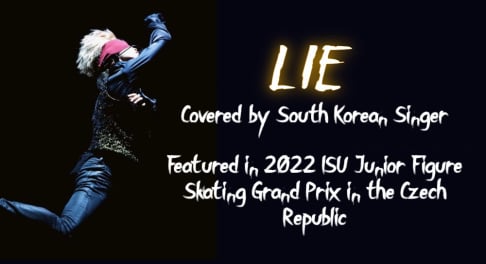 bit of a ridiculous controversy. of course shes going to skip an ad, she's trying to communicate with her fans. is she supposed to let the entire ad play out instead???

Blinks at it again. She skipped fking AD! Like what, she was supposed to sit there and tourture herself with watching something that she was forced to see? Blinks are awful. Maybe BP should stop using ADs to beat their "records".

BLACKPINK's Jisoo posts a sweet message for Natalie Portman after meeting the actress in Paris
3 hours ago   1   4,715

Actor Yoo Yun Suk shares an interesting experience he recently went through on the train
5 hours ago   2   3,587

K-netizens believe the person leaking V and Jennie's photos could be an employee of YG Entertainment
13 hours ago   66   73,460