The crowd was bigger on the second day than the first, and people were already camping outside Garden Studio even half a day before the show began.

As soon as he came into view, Taehyung excitedly greeted reporters and fans who were waiting hours for his arrival. He also elicited cheers when he responded to reporters' request to pull his mask down for a photo.

During the show, he played some of his solo songs like 'Christmas Tree' and 'Sweet Night' while exchanging stories with his two hosts.

Known for his loving relationship with fans, Taehyung spent a lot of time interacting with the crowd who were watching the entire time opposite the glass wall. At one point, Taehyung delighted fans when he took a handycam and started filming.

Taehyung did exceptionally well on his first two days as a Radio DJ, and his performance was well-received by the Korean public, causing him to trend #1 on Naver's most-viewed news and other K-platforms.

Fans are hoping to see the return of DJ Taehyung again someday. If you missed Day 1, check out the details here:

Taehyung and the fans were having so much fun!!! I wish I were there... 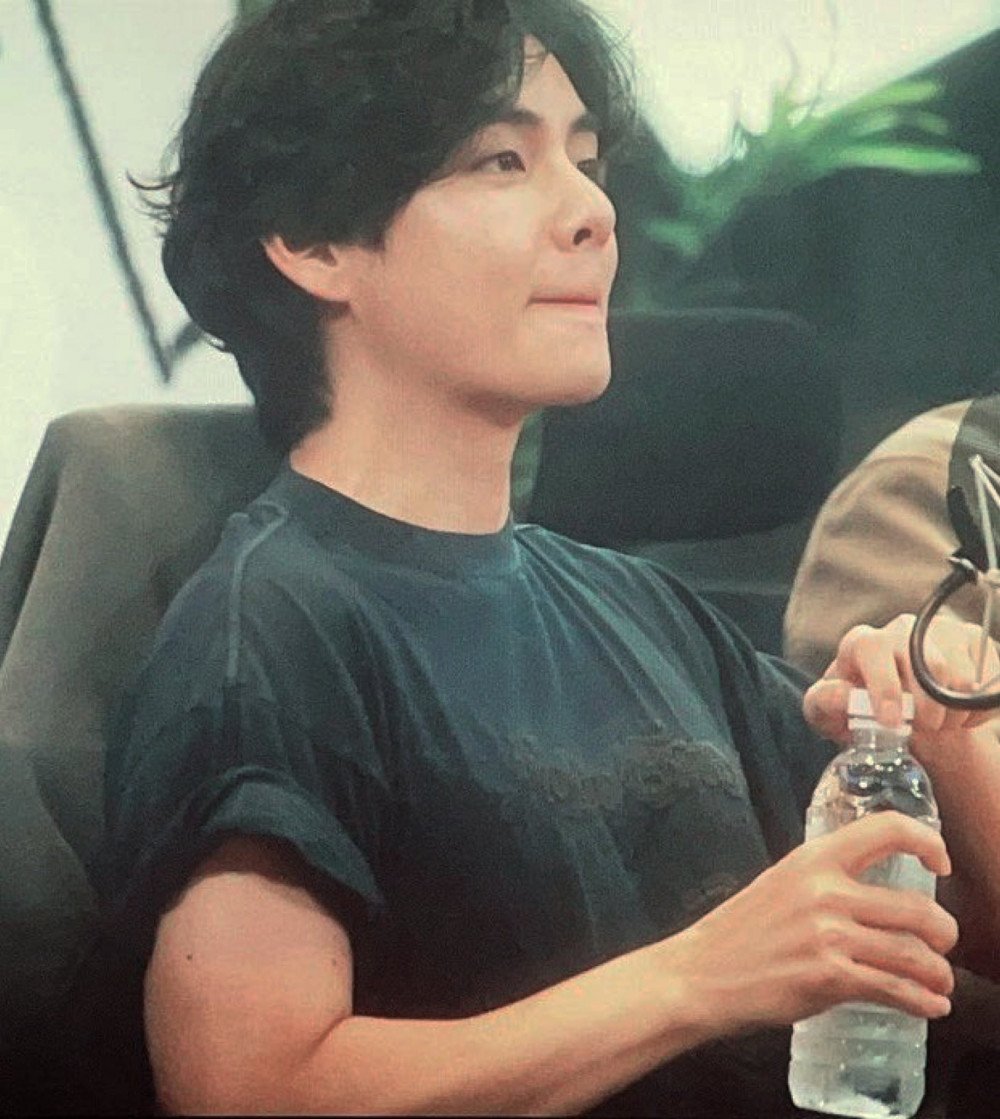 LE SSERAFIM's Huh Yunjin says she wants to be reborn as Sakura on 'Cosmopolitan Korea'
2 hours ago   1   2,665