Is this the end for LABOUM? LABOUM end their schedules with a performance on KBS's Listen Up

KBS's 'Listen Up' is a survival battle program in which 10 top domestic and foreign producers aim to dominate the music charts. The producers' new songs are released online and offline, and the final 1st place is decided through a battle.

On this week's episode, Kim Seung-soo from JYP Entertainment said that he wanted to break the stereotype of remakes. Instead of making past songs fit the current music trends, he wanted to do the opposite; he rearranged Lee Hyori's '10 Minutes' with an early 90s new jack swing and presented a sexy yet energetic stage with LABOUM.

As previously reported, LABOUM faces rumors of disbandment after the acquisition of their company. While their brother group TRENDZ remains active on their group socials and with their schedules, Listen Up marks the end of LABOUM's known schedules. Solbin herself confirmed on Wendy's FM’s radio show Youngstreet that after promoting her newest drama 'Brain Your Choice of Romance Season 2', she has no schedules.

LABOUM last came back with Blossom on November 3, 2021. Earlier this year, it was announced that they would be coming back during the summer months, but that time never came. Many fans expected an explanation about the delay in the comeback, but Interpark Music Plus never responded; some fans believe that the members catching COVID during their production period caused the delay.

While their company previously denied the rumors of disbandment, the lack of posts on the group's socials and the ending of their schedules could be the company's way of silently disbanding the girl group. 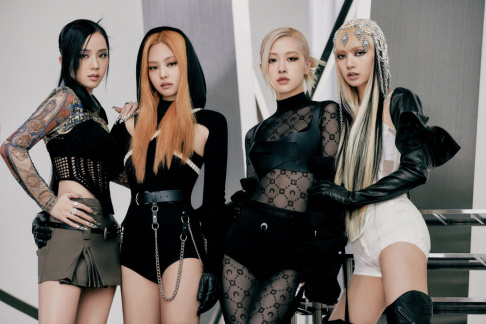 BLACKPINK's 'Shut Down' remains at #1 on global Spotify chart 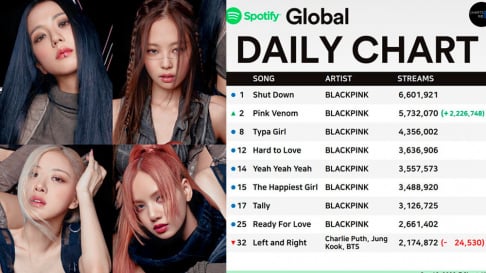 Other bubble groups have been on the show. Weki Meki in August:

Laboum has survived disbandment like 5 times at this point

NewJeans's Minji stuns the web for her breathtaking beauty on the red carpet
3 hours ago   11   3,025

Heineken speaks up about the possibility of getting #Jin as a representative
3 hours ago   4   2,982

Netizens awestruck by LE SSERAFIM's performance at the Melon Music Awards
1 day ago   45   23,164