D1CE's Woo Jin Young gears up for his solo comeback

On July 4th, Woo Jin Young revealed new teaser images for his upcoming second solo mini-album 'Delicious'. As previously announced through his comeback scheduler, fans can expect a tracklist on the following day. 'Delicious' will continue Woo Jin Young's story from his solo first mini-album '3-2=A'.

Meanwhile, Woo Jin Young's 'Delicious' will be out on July 12 at 6 PM KST. Check out the teasers above and below. 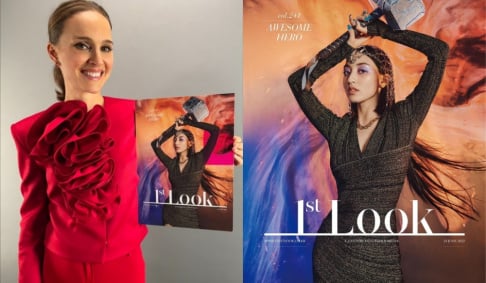 This man deserves so much better, I swear.

He has everything except success but why????

IVE members share a spoiler for their comeback on their way to film 'Knowing Brothers'
4 hours ago   9   3,464

Will NMIXX be able to win the 'Rookie of the Year' award like their sunbae artists from JYP Entertainment?
2 days ago   94   25,069

Famous girl group member 'A' allegedly spotted outside the residence of major agency boy group member 'B'
1 day ago   83   99,038