Celebrity-owned restaurants you can visit when you're in Korea

Some Korean celebrities venture into the business world, putting their name out there. Today, we will be taking a look at some celebrities that run their own restaurant in South Korea. It's crazy to see how busy they probably are from their celebrity life as it is, but they are literally conducting two jobs! Also, it must be a lot of pressure on these celebrities when they open their business as people would already know about them since they are... famous!

So let's take a look and see some celebrities that are running their own business in the Korean world!

Located in Gangnam, aka the Beverly Hills of South Korea, these two hip-hop artists are running their own craft burger place. This place already looks appetizing and LIT.

Ballad singer Tei took on the challenge of opening up his own shop and decided to be punny when it came to naming the restaurant. Teisty indeed!

Producer Don Spike opened up his own steakhouse, and it has been the hottest place the past few years! People have been lining up in front of Itaewon to grab a bite of these steaks. I mean... doesn't this photo get you drooling already?

True to his colors, the multitalented Henry opened up his own Taiwanese food shop in Gangnam, and of course -- there are long waits all the time here.

Running Man mates and long-time friends Haha and Kim Jong Gook have their own butcher shop / Korean Barbeque restaurant. Say less when it comes to this iconic duo!

Entertainer Noh Hong Chul has been killing it in the bakery world by opening up his own little bakery shop!

Serving high-quality hanwoo and other fancy Korean cuisines, Kim Kyung Jin goes above and beyond not only in the entertainment world but in the food industry as well.

What are your thoughts on this list? Did you expect some of these people to own these restaurants? Some are quite alarming, and it's crazy again to think how they can maintain and operate a business despite their busy schedules. The good news is all these restaurants have crazy good reviews, which can mean only one thing... We know where we need to go when we're in the motherland next time.

Are there any celebrities that you know that happen to also own a restaurant? Let us know your thoughts and the restaurant that appeals to you the most in the comments below! 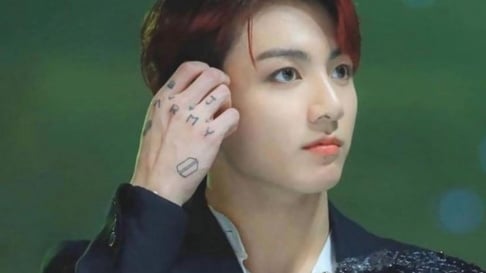 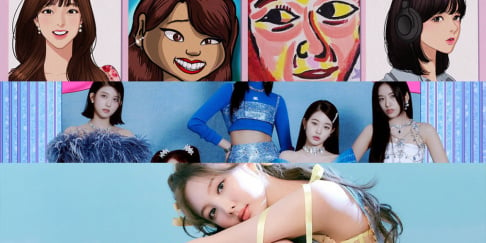 I wouldn't say they are restaurants but I know SuJu members own cafes & bars - Yesung & his family own Cafe Armoire & Mouse Rabbit, Donghae owns Haru & One Day, Leeteuk owns Kona Beans and SiWon owns a lounge/bar called Vassient. I believe EXO Chanyeol and Kai own cafes as well.

not a restaurant but i want to visit the cafe owned by Song Mino, sechill. that cafe has a different vibes from a regular cafe and its located in Seoul so its accessible

"We will likely be even more awkward now", Junsu takes to personal Instagram to deny dating rumors with former Lovelyz member Kei
3 hours ago   7   6,985

A former male contestant on Mnet's 'Produce 101' season 2 sentenced to probation for threatening ex-girlfriend with a weapon
6 hours ago   25   12,360

Kang Tae Oh gives a good laugh with his little slip-up while celebrating the end of 'Extraordinary Attorney Woo'
5 hours ago   3   5,504

Even though 4th generation girl groups are all the rage these days, BLACKPINK is still BLACKPINK
11 hours ago   45   23,603

IVE's Wonyoung is the 1st Korean artist to be selected as ambassador for French jewelry brand 'FRED'
1 hour ago   2   1,147

Famous girl group member 'A' allegedly spotted outside the residence of major agency boy group member 'B'
2 days ago   86   102,531