With the 'Street Man Fighter' prologue show 'Be Ambitious' coming to a close and eight 'Mbitious' crew members confirmed, Mnet revealed the professional dance crews that will be competing in the highly-anticipated show.

On July 6, Mnet revealed all the dance crews that have been confirmed to compete in 'Street Man Fighter' along with the promotion suit profile video for each crew. With the date of the premiere of the show closing in, one fandom expressed their anger as Mnet continued to use an idol group's name on the show.

BTOB fans noticed that the dance crew 'BANK2BROTHERS' is constantly referred to and stylized as BIIB, read as B TO B. Additionally, fans found that the logo of the dance crew is very similar to the logo for the boy group earlier in their promotions.

One fan also pointed out that the dance crew will be called BtoB, written in the same as BTOB in Korean (비투비) during the voting.

Not only that, BTOB fans are speculating that Mnet purposely used the same name as BTOB as the dance crew's catchphrase "Born To Be Hip" is also similar to the meaning behind the idol group BTOB's name, which is "Born to Beat."

Fans revealed that Cube Entertainment had already trademarked 'BIIB' under the idol group BTOB along with the various keywords associated with the group.

The fan who created the online community post also pointed out that the YouTube videos of the other dance crews competing in 'Street Man Fighter' are uploaded using the full Korean name for the crew, but BIIB (BANK2BROTHERS) uses the same name as the idol group 'BTOB.'

The netizen who created the post explained, "It's ridiculous because the dance crew's name is 'BANK2BROTHERS' but they using 'BTOB' on the YouTube videos. We just want them to use the name 'BANK2BROTHERS (B2B)."

Other netizens commented, "I thought the idol BTOB was on the show, lol," "I think it's awkward that the shortened name for 'BANK2BROTHERS' is BTOB, it would be better to say BANK2 or something," "It's so obvious they did it on purpose," "I'm part of a different fandom and I would be mad too," "They even copied, 'Born to Beat' lol," "They should use their full crew name," "Wow, it's really similar," "The dance crew always used their full name on other shows, why are they referred to as BTOB only on this show?" and "They even used the same logo? That's too much." 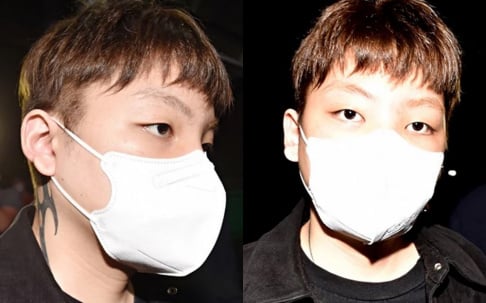 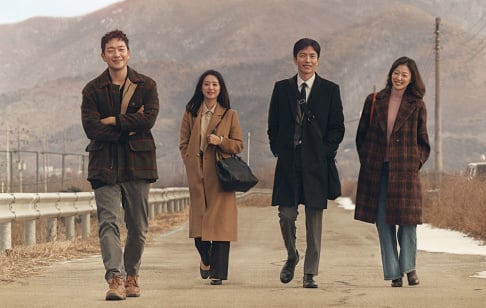 I watched the show and I was very confused when they mentioned this crew 'cause it sounded exactly like BTOB. This is definitely a mistake done on purpose by the production, maybe to attract more kpop fans. Mnet forced CocaNButter to change their original name (CocainButter), so it's not like they haven't done changes before.

It's obvious that MNET is a snake and probably using this opportunity to get people to "look" at this, the more views, and attention, the more people are gonna click on it and see what's going on. Thus it's a way to draw attention to things. It's obvious what's going on here and BTOB isn't some new group they have been around for quite some time and is a well known name to all fans new and old, of course fans are going to be upset when something is, in my opinion, THIS CLOSE, to a beloved group that has a ton of respect in the industry. I am sure there were several other ways they could have come up with a logo, saying, or anything for that group without making it sound like a blatant copy of BTOB. But it's MNET, i don't expect shit out of them.

Will NMIXX be able to win the 'Rookie of the Year' award like their sunbae artists from JYP Entertainment?
4 hours ago   42   6,902

What K-Netizens are saying about CNN's article, "Why Western women are heading to South Korea in search of love"
6 hours ago   38   9,745

On Indian Independence day, an Indian teacher caught threatening a student over being a fan of "lipstick-wearing" BTS-- sparks debate on toxic anti-fan culture in India
23 hours ago   141   75,306

NewJeans' Minji rejected a personal offer from Lee Soo Man to become the center of an SM Entertainment group
1 day ago   90   110,579