Let's celebrate this beautiful man's birthday by remembering he has a lovely heart.

Hong Ki has always attached great importance to honesty. He is always honest and does not hide anything from anyone. He expressed one of the reasons for his honesty in these words:

Hong Ki is a very good brother to anyone younger than him. He dote on the young groups in the company. N.Flying, Hong Ki'nin göz bebeği, onlarla o kadar iyi ilgileniyor ki, tıpkı N.Flying'in babası gibi.

3. He rescued rapper DinDin from a drunken assailant

In 2019, DinDin guest on MBC's Video Star and revealed that Hong Ki had saved him from a drunken assailant. DinDin was attacked by a drunken assailant on his way home after a night of drinking and gathering with his friends. The man hit him on the back of the head and pushed him away with his shoulder. DinDin was thinking about how to get out of this business as a celebrity. Just then, Hong Ki approached like a knight and relieved him of his worries. Hong Ki said, "You're so well-known, go home, I'll take care of it." Hong Ki quickly drove away from the drunken assailant and calmed the atmosphere. DinDin is very impressed that Hong Ki ignored his own fame to save him. DinDin said, "Since that night, Lee Hong Ki has been one of the most amazing people I've ever met. He's a real man."

4.  "I believe people meet, communicate, unite and help each other to live"

In 2021, he starred lead role in the musical "1976 Harlan County". Lee Hong Ki, who was impressed by this musical about the struggle of workers in a coal mine to survive the persecution inflicted on them, emphasized the importance of values, being able to communicate and helping each other by saying, "There are many ways to live on Earth, but I believe people meet, communicate, unite and help each other to live. I thought a lot about helping and communicating with many people in the future." He was so impressed with this musical that he performed crying, beautiful angel.

When asked, "If you had three wishes, what would you wish for?" Lee Hong Ki said that as one of his three wishes, he wished to be able to speak and understand all languages in the world. Being able to communicate with fans and other people from all over the world is invaluable to Hong Ki. Hong Ki is someone who knows the importance of communicating with people and values people.

Hong Ki listens to people and supports people very well. Lee Hong Ki previously hosted a radio show for 1.5 years. People would send messages to the radio broadcast; sometimes, they would talk about their troubles, their problems. Hong Ki would have been such excellent support to them that on the last radio broadcast, a listener sent a message saying, "Who are we going to share our troubles with now? Who will support us like this?" Hong Ki's eyes filled with tears when he saw this message.

Hong Ki has a tumultuous relationship with FNC CEO Han Seung Ho. Sometimes they have problems. However, when the CEO gets into a difficult situation, Hong Ki does not hesitate to help. If there is anything he can do, he will gladly do it. "Is there anything I can do, I can do this if you want," he offers to him.

Lee Hong Ki, who was discharged from the military last year, communicated very well with his fellow soldiers. He treated them so sincerely that they all liked Hong Ki very much. They liked Hong Ki so much that many of them signed up for FTISLAND's official fan club and took pictures of their membership cards, and eagerly sent them to Hong Ki. Hong Ki said he continued to see some of them after his discharge from the military. And even he sent them a salute with a special sign only they could understand on Radio Star.

Hong Ki loves animals so much. He is very kind to them. He immediately caresses and loves not only his own pets but also the animals he encounters anywhere, and animals love him very much too. He has a friendly relationship with animals. Check out Hong Ki's cute images with animals below. He takes such good care of his animals that his dog with congenital disease has lived longer than expected.

Happy birthday to our beloved Lee Hong Ki; fortunately, you have become our shining Hongstar! 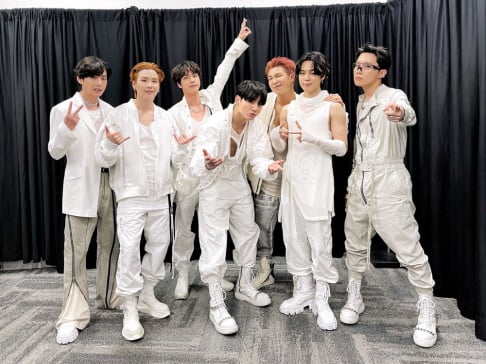 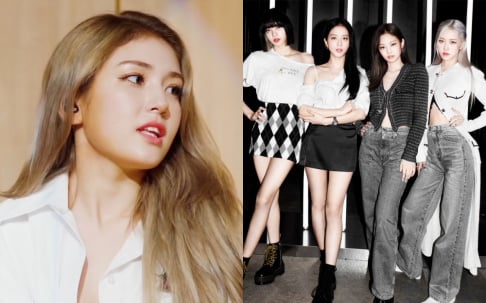 i wish him all the best

There's so much praise for the wonderful 4th-generation girl group collaboration performance at the 2022 MAMA Awards!
3 hours ago   14   3,795

Bang Si Hyuk alleged to have removed NewJeans' stylists after the group's performance at the 'Blue Dragon Film Awards'
3 hours ago   9   23,623

YG Entertainment's sub-label THEBLACKLABEL to hold an audition for its first girl group
4 hours ago   20   3,746 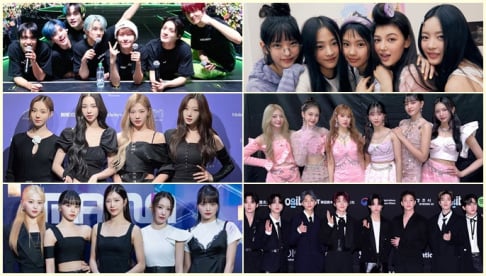 Jung Kyung Ho candidly talks about his relationship with Sooyoung and their marriage plans
30 minutes ago   0   3,114