Dramas
Posted by Susan-Han 7 days ago

Starring Lee Sun Bin, Sunhwa, A Pink's Eunji, Super Junior's Siwon, and more, 'Work Later, Drink Now' tells the stories of three women who rely on the power of alcohol to get them through each day. Since its premiere back in October, the series has drawn a steady increase in TVING subscribers as word spread about the story's relatable characters and plot line.

Now, thanks to viewers' avid requests, 'Work Later, Drink Now' may be returning with a second season soon! Discussions for a new season between TVING and the production company began midway through the drama's airing, insiders revealed.

For me Eunji acting is daebak, jjang..

i really love her in trot lover. Her facial expression are so real like its not acting at all.

This drama is great! Highly recommend, they all did really good job acting

Netizens react to BTS's Jungkook hiding behind RM as soon as their "Butter" collaboration stage with Megan Thee Stallion ends
1 hour ago   7   7,892

Song Hye Kyo & Jun Ji Hyun projected to be the highest paid actresses in the K-drama industry, at 200 million KRW per drama episode
2 hours ago   4   6,420 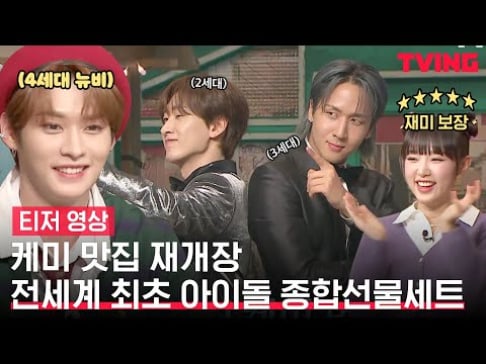 Netizens react to BTS's Jungkook hiding behind RM as soon as their "Butter" collaboration stage with Megan Thee Stallion ends
1 hour ago   7   7,892

Fans send a protest truck in front of the YG Entertainment building demanding Big Bang's comeback as a 4-members group
1 day ago   89   57,298