On November 4, one netizen created a post on an online community titled, "BLACKPINK Jisoo's personality". Here, the netizen wrote, "Whenever [BLACKPINK] members had solo promotions, she would go to their set, give out candy, and stay by their side. She even did that for Jeon So Mi this time..." The netizen then posted a screenshot of Jisoo's recent Instagram story, where she had reposted Jeon So Mi's Instagram story. Here, Jeon So Mi was seen cutely eating a large lollipop and thanking Jisoo for helping her "recharge properly". Jisoo replied, "Cutie, eating the giant candy first Lolll Today once again, recharge with sugar, and then dance away <3."

However, this is not Jisoo's first time supporting her artist friends. During all her fellow BLACKPINK members' solo promotions, Jisoo gifted them with candy and visited them during their music video shooting. For Lisa's recent solo promotions, Jisoo visited her during her music video shooting and along with the rest of the BLACKPINK members, wore Lisa's merchandise sweater. Then, Jisoo uploaded their group photo to her Instagram, and captioned it, "Lalisa's #1, #2, and #3 fans."

In response, netizens wrote comments such as:

"Jisoo is an angel...and such a beauty goddess."

"Jisoo...until when will you stop being perfect...until the end of the universe..."

"Everyone loves Jisoo, she is an angel."

"BLACKPINK are so sweet."

"Jisoo shines so brightly...how is she so perfect in everything TT."

"Many many workers, editors, translators, and more who Jisoo have worked with praise her for her amazing personality. Dior Beauty's creative director [praised her] when he met her for the first time and gave a feedback on his first meeting with her..."

"Jisoo is so sweet and affectionate."

"I wonder where Jisoo orders all those candies."

She is the unofficial Leader after all

Jisoo did all sorts of things from Jennie solo 3 yrs ago to Rosé and Lisa solo and even Somi recently. She's such a supportive girl I've ever seen and I hope she will get back what she gave to others. Jisoo deserve the whole world <3

Netizens react to BTS's Jungkook hiding behind RM as soon as their "Butter" collaboration stage with Megan Thee Stallion ends
9 hours ago   36   27,230 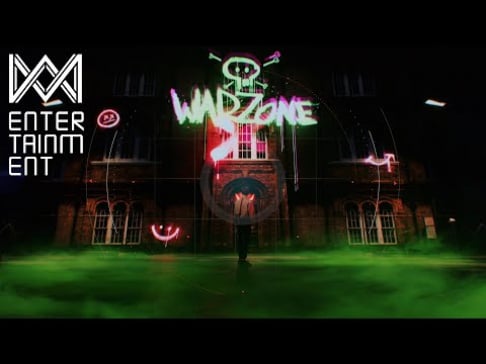 Fans send a protest truck in front of the YG Entertainment building demanding Big Bang's comeback as a 4-members group
1 day ago   89   61,906