On November 9, Sungjong left a message on his Instagram story, writing, "I have nothing to say," which is an abbreviation for, "I have a lot to say, but I won't."

Sungjong wasn't the only label artist to be left out, however, as BabySoul of the disbanded girl group Lovelyz also didn't get an announcement for a 'Season's Greetings' pre-sale schedule. Meanwhile, all the other schedules for artists, such as Kwon Eun Bi, Golden Child, Rocket Punch, and DRIPPIN, were released.

Sungjong renewed his contract with Woollim Entertainment this past June.

I'm suprised he still stays with them. But then again I'm not surprised. Despite all the love unfortunately our adorable maknae sungjong isn't the most popular member and hasn't had the opportunity to develop all his skills so unlike the other members who all left woollim they all have a solo career many jobs and agencies lined up and a huge chunk of the random. Jjongie doesn't have that so he sticks with the company as that unfortunately is the best way to make money for him. Whereas gyu Woohyun etc can make their own label or join any company they choose plus have solo careers, musical and acting jobs to turn to whenever they want

I can't help but think about the time a few years back when he openly said "I'm not busy at all" or "I don't have much to do" when he finally appeared on variety shows after some time. This was during a gap where Infinite didn't have much group activities (2017ish?). It just seemed like, aside from Infinite promotions, Woollim didn't push much for Sungjong individually.

He said during a Weekly Idol episode that he asked the CEO for some schedules and was told to go practice, and this was when he had already been active as an idol for 6-7 years already. So I honestly was surprised when he renewed his contract a 2nd time. Is Sungjong the strongest member in Infinite when it comes to skill and presence? No, he's not. But I feel like he was also never really given much opportunity to shine either. Idk, I'm just sad we don't see more of Sungjong, he's my first male bias in the first boy group I ever fell in love with. 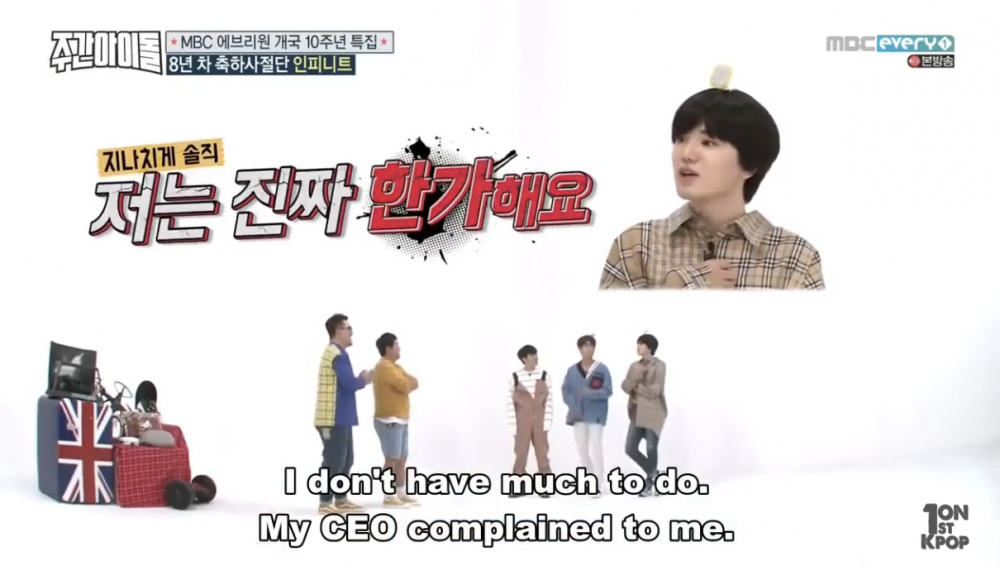 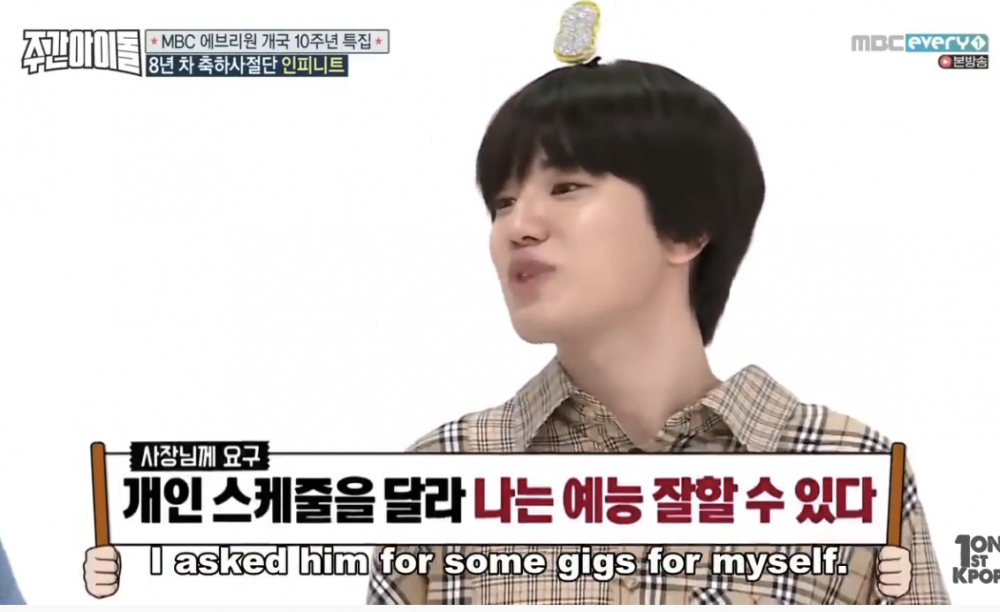 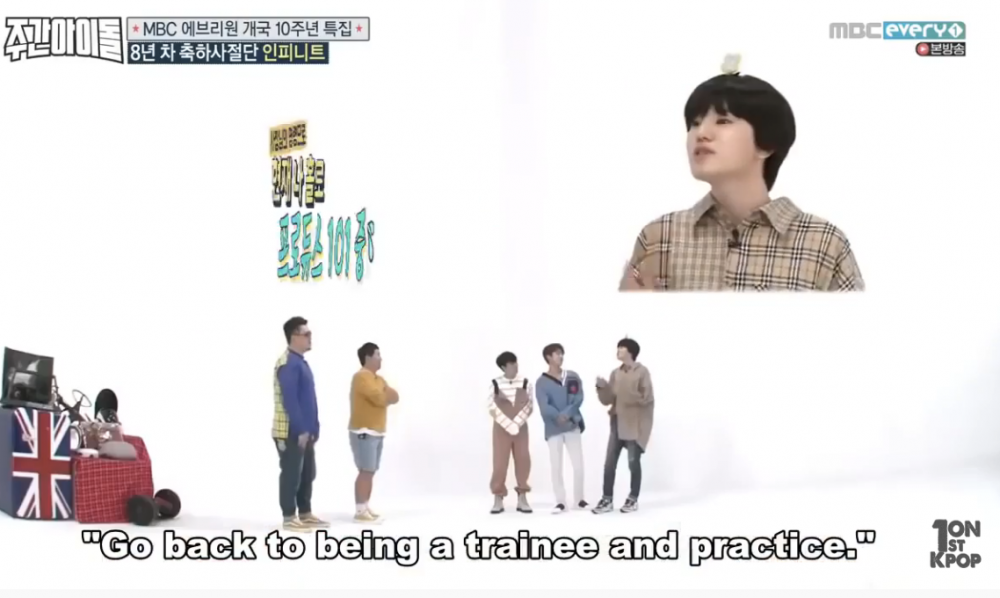 Netizens feel bad as BLACKPINK's Jennie continues to get terrorized on Instagram after BTS's V accidentally followed her
10 hours ago   240   58,971

Singer/actress Nana renews her contract with Pledis Entertainment for the third time
6 hours ago   8   8,141

Netizens feel bad as BLACKPINK's Jennie continues to get terrorized on Instagram after BTS's V accidentally followed her
10 hours ago   240   58,971