In HB Entertainment's special Chuseok holiday video, Jo Byung Kyu was spotted making an imaginary CGI character out a traditional rice cake. This is the first time in 7 months that the actor has greeted fans through an official video. After being embroiled in a bullying controversy, Jo Byung Kyu halted all his activities until the accuser admitted the rumors of its fallacy in July.

As reported, Jo Byung Kyu confirmed his appearance in the new film 'Even If I Die, One More Time' (working title), set to premiere next year in 2022.

Are you excited to see Jo Byung Kyu again?

I am so happy to see him! It is ridiculous that someone would make false bullying accusations against. I hope that he can continue to prosper. He is a really good actor and seems like such a nice guy.

I'm happy to see he got new work. Now for the 2nd season.

Kim Seon Ho rumored to be in the hospital + news reporters allegedly waiting in the lobby to get a glimpse of him
2 hours ago   37   50,794

CL reveals that Beyoncé﻿ comforted her during a time she went through big change on 'Yoo Hee Yeol's Sketchbook'
4 hours ago   9   3,257

SPOILER
This 'Girls Planet 999' contestant trends worldwide as netizens want her to debut after she wasn't included in the final line-up
12 hours ago   93   34,893 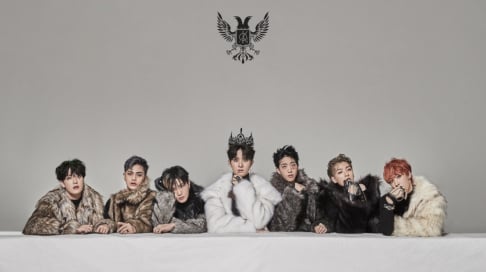 SHINee member Key's furry friends capture the hearts of netizens after the recent episode of MBC's 'I Live Alone'
53 minutes ago   0   1,302