A famous volleyball player hospitalized after a possible suicide attempt

On February 7th, the police reports revealed a famous female professional volleyball player was rushed to the hospital from a dorm located in the city of Yongin in Gyeonggi province. According to the report, star player A (25) was found unconscious by her teammate who initially suspected a suicide attempt.

A is alive and currently receiving appropriate care from the hospital. Her team denied the suicide allegations saying "It is correct that A is under medical care and support in the hospital but she did not commit suicide. She was rushed to the ER due to an acute stomachache and she is stable now."

We wish her a speedy recovery.

They clearly said it wasn’t a suicide attempt so why would you put it in the title?

The title is misleading, please don't do that.

BREAKING
Former AOA member Mina reportedly transported to the hospital after attempting to take her own life
10 hours ago   182   84,291

BLACKPINK's Jennie personally gives a shoutout to South Korea's Olympic swimmer Hwang Sun Woo, much to his surprise
5 hours ago   27   22,920 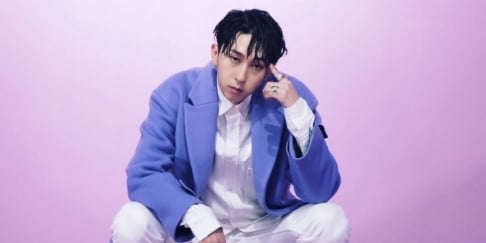 BREAKING
Former AOA member Mina reportedly transported to the hospital after attempting to take her own life
10 hours ago   182   84,291

Former AOA member Mina writes a handwritten letter and apologizes for breaking her promise to get off social media
16 hours ago   73   26,626

'Nevertheless' actor Kim Min Gwi to be edited out of most scenes following his cheating controversy
1 day ago   80   126,682