Red Velvet's Irene has been spotted for the first time since her attitude controversy.

This past October, Irene was caught up in a controversy after editor Kang Kook Hwa's first-hand account of a rude idol, and the Red Velvet member personally admitted she was the idol who had an angry episode and apologized for the incident.

On December 3, Red Velvet's Yeri shared the image below on Instagram with Yeri, Irene, Joy, and Seulgi posing for what looks to be a photo shoot. Despite a negative reaction to Irene's controversy, she'll be continuing on with Red Velvet and their promotions as confirmed by SM Entertainment CEO Lee Sung Soo, who stated fans can expect a comeback from Red Velvet soon.

Doodles2,308 pts Thursday, December 3, 2020 2
That's an old pic. It might have been posted recently, but it is obviously from the time Wendy was recovering from her fall.

Allkpop stop bullying her and leave her alone.

AKMU renew their contract with YG Entertainment for another 5 years
2 hours ago   7   4,075

HyunA is moved seeing her boyfriend Dawn helping out with her comeback promotion errands
2 hours ago   3   3,266 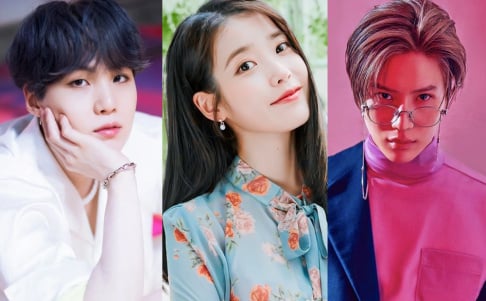 Ha Sung Woon is having second thoughts about trying out a new hairstyle for the first time in 2 years
34 minutes ago   3   1,053

Rain gives fans a chance to suggest a female dance artist for his next collaboration, promises he'll make it happen
1 hour ago   5   2,544

AKMU renew their contract with YG Entertainment for another 5 years
2 hours ago   7   4,075

HyunA is moved seeing her boyfriend Dawn helping out with her comeback promotion errands
2 hours ago   3   3,266