Lately, there have been quite a few rumors about 'Dispatch Couples' circulating online!

Quasi-traditionally, the media outlet 'Dispatch' has always revealed at least one new celebrity couple each year on New Year's Day. As such, it has become somewhat of a sub-tradition among certain fans to predict which couple(s) will be revealed next year.

This year, as we potentially await new couples to be revealed in 2021, certain fans have been circulating rumors surrounding idols in order to bring attention to their bias groups. Even though there has not been confirmed sources from 'Dispatch' indicating the reveal of new couples, fans have spread the word that there will be either a total of "seven couples" or "a couple that has been dating for seven months."

With these 'predictions,' some have taken to Twitter to insert humorous clickbaits that would lead users to a K-Pop MV.

Another way to appropriate 'Dispatch' has been posting about potential 'couples' within their favorite groups, such as the one for Stray Kids below:

Although these are groundless rumors, K-Pop fans have been 'having fun' with this 'Dispatch' tradition that has always stirred up buzz online. What are your thoughts? 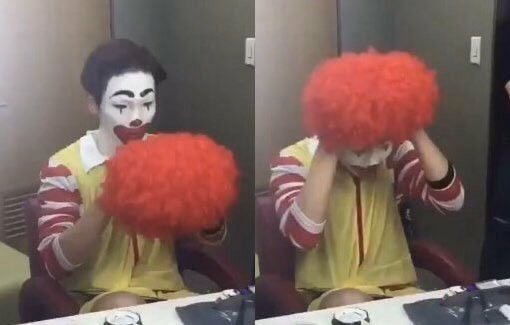 The best representation of kpop fans

IU leaves cast of blockbuster production 'Money Game' due to scheduling conflicts, Chun Woo Hee to take over her role
1 hour ago   4   3,513

Fans and netizens are lovestruck by Jang Won Young again after seeing her past kind actions
4 hours ago   9   10,864

Everyone knew this girl group song at the time but it was never at the top of the charts and never won on a music show
6 hours ago   35   37,605

SPOILER
'Queendom 2' reveals this week's shocking results of Brave Girls who were at the risk of being eliminated from the show
5 hours ago   19   11,549

IU leaves cast of blockbuster production 'Money Game' due to scheduling conflicts, Chun Woo Hee to take over her role
1 hour ago   4   3,513

Gaon Music Awards say they'll set the greatest stage if #BIGBANG decides to attend the ceremony, expresses what differentiates them from the other idols
1 day ago   121   25,778

Person who claims to be an airline employee confirms that BTS's V and BLACKPINK's Jennie were on a flight to Jeju together
1 day ago   201   159,724

HYBE is allegedly having private talks with Kim Garam's victim for a possible settlement
1 day ago   237   65,256