Actor Ji Chang Wook is in talks to star in the upcoming Netflix series 'Annarasumanara'.

On December 1, reports revealed Ji Chang Wook is in talks to star in the upcoming original Netflix series as lead character Lee Eul, a strange magician who lives in an abandoned amusement park. Everyone he comes across is met with the mysterious question, "Do you believe in magic?"

The actor's label Glorious Entertainment stated, "Netflix Original 'Annarasumanara' is one of the projects Ji Chang Wook has received an offer to star in." 'Annarasumanara' is based on popular webtoon by Ha Il Kwon about a girl who always dreamed of becoming magician and a strange, immature magician she meets at an amusement park.

Ji Chang Wook will also be starring in the upcoming KakaoTV original drama 'Lovestruck in the City' alongside Kim Ji Won.

Stay tuned for updates on Ji Chang Wook and 'Annarasumanara'.

One of my favorite webtoon so I hope it turns out good!

Wow I read this webtoon years ago, it's quite different so I wonder if netflix will be able to portray it properly... 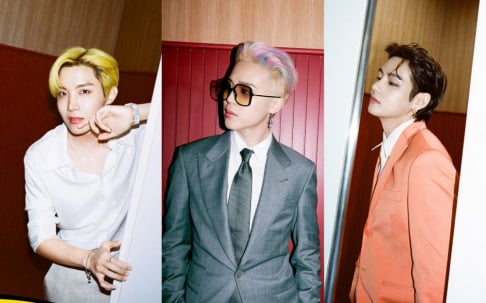 BTS's J-Hope, Jimin, and V radiate their soft charisma as smooth as "Butter" in the new set of individual teaser images
6 minutes ago   0   179