NCT members Doyoung, Jungwoo, Haechan, and Chenle will be guesting on the upcoming November 21 broadcast of KBS2's 'Idol On Quiz'!

During this recording, the panelists and MCs of 'Idol On Quiz' were very impressed with members Jungwoo and Chenle, who showed off their variety skills cutely and naturally!

Jungwoo, who garnered the panelists' attention for his pure visuals, caused both surprise and laughter throughout the recording with his unexpected actions, such as when standing up from his seat, returning to his seat after stepping out to the center stage, etc.

Chenle, on the other hand, earned the affection of the older panelists and MCs with his cute visuals and honesty. When asked to fool the sunbae team with false hints, Chenle commented, "I'm not good at lying." Chenle was also asked about his secret to becoming fluent in Korean, to which he responded, "The trick is to not study."

Stay tuned for this weekend's broadcast of KBS2's 'Quiz On Idol' featuring NCT, airing on November 21 at 11:30 AM KST! 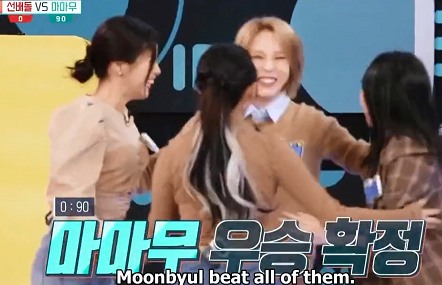 NCT may be the best in variety skills. but...
MAMAMOO is 뭔들~

Netizens believe they discovered the YouTube channel of Big Hit trainees who will debut next year
2 hours ago   9   4,705

The comedian who groped idols in the past finishes second at a body fitness competition
3 hours ago   45   13,285

AKP BUZZ
A child steps all over an expensive art piece but the child's father doesn't stop the boy and instead takes photos of him
4 hours ago   30   5,431

Netizens believe they discovered the YouTube channel of Big Hit trainees who will debut next year
2 hours ago   9   4,705