Chinese Embassy officials have denied any ban on BTS merchandise.

Last week, Chinese customs were reported to be blocking BTS merchandise due to an alleged pro-Hong Kong message, Chinese logistics companies were said to have stopped delivering goods featuring the Big Hit Entertainment group. The allegations have caused a stir among BTS fans and Chinese netizens, and the officials from the Chinese Embassy to South Korea have now denied reports of a ban on imports of BTS goods to China.

A China-Korea goods export and import service company that previously stated they would not deliver BTS goods has now deleted their post as well.

Stay tuned for updates on the issue.

This was completely overblown guys, but I still like that Korean officials went out of their way to investigate, no in messes with the Nation's pride. 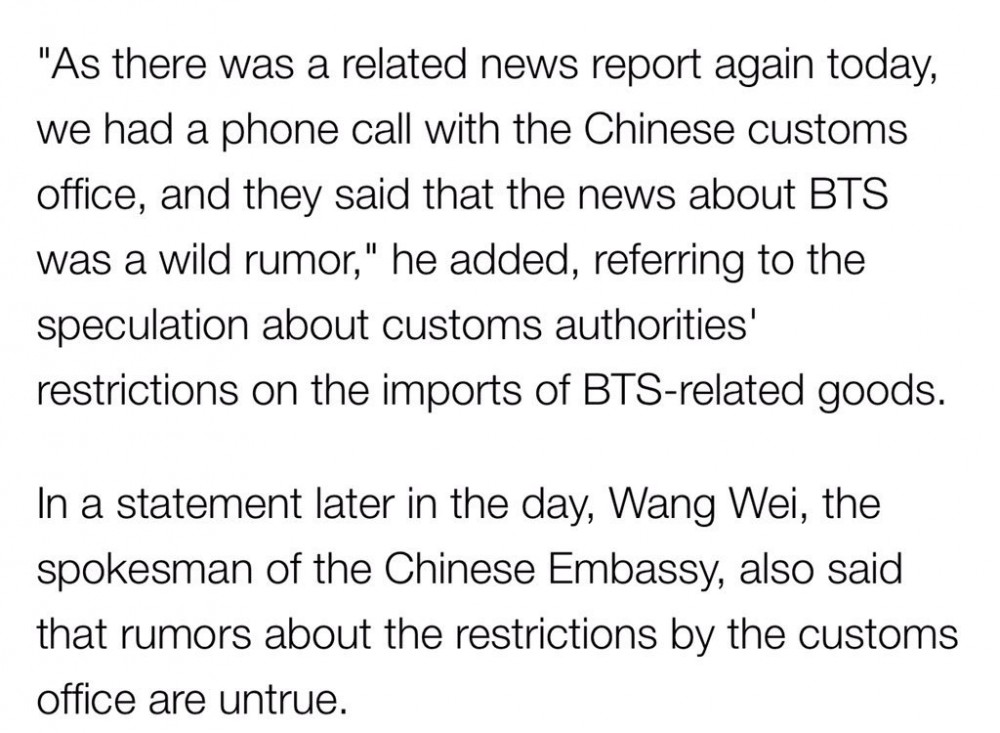 Five male idols who didn't get into college through a special acceptance program
3 hours ago   6   8,573

ITZY's Yeji touches her fans' hearts during a live broadcast with a reply to one of their questions
4 hours ago   5   4,456

Five male idols who didn't get into college through a special acceptance program
3 hours ago   6   8,573

Netizens pick the idol stars who are the hottest buzz (+ also the most hated) right now on online communities
2 days ago   60   59,164