Kim Woo Seok is preparing a cover video for his fans!

On April 13 KST, the idol, known for his work in both UP10TION and X1, released a teaser video for his cover performance of "To You," originally performed by Seo Taiji & Boys. Kim Woo Seok performed the song while competing on 'Mask King' this week as the masked character 'Fire Friday.'

Meanwhile, the full version of the cover will be released on April 14 at 8:30 PM KST.

TREASURE talk about encounters with their YG Entertainment sunbae artists
6 hours ago   12   11,636 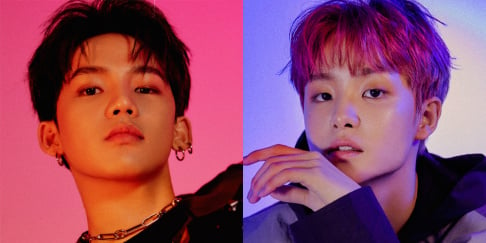 NCTzens freak out and celebrate as Stephen Curry gives a shoutout to his huge fan, NCT's Chenle
9 hours ago   19   17,610

TREASURE talk about encounters with their YG Entertainment sunbae artists
6 hours ago   12   11,636