According to media outlet reports on February 18, actor Lee Sang Yoon and BTOB's Sungjae will be leaving SBS variety program 'All The Butlers' after over 2 years.

Since the program's beginning in December of 2017, Lee Sang Yoon and BTOB's Sungjae have been loyal, fixed cast members alongside Lee Seung Gi and Yang Se Hyung, garnering attention from viewers for their brotherly bond. Now, according to one insider, "Lee Sang Yoon and Sungjae are currently participating in their last filming for SBS's 'All The Butlers' from today, February 17, until tomorrow."

For this particular filming, the cast of 'All The Butlers' decided to take a trip together without a 'mentor', instead traveling to Jeollanam-do and looking back on their time on the show.

As a result, the cast of 'All The Butlers' will now consist of Lee Seung Gi, Yang Se Hyung, and actor Shin Sung Rok who joined the program last month. Reportedly, SBS plans on seeking out one more fixed cast member to join the three. In addition, the show will also test out an 'intern' program,with various rookie stars or idols.

Look out for Lee Sang Yoon and Sungjae's final episode on 'All The Butlers', airing some time in early March.

[UPDATE] Regarding the reason for BTOB member Sungjae's departure from the show, one representative from Cube Entertainment explained, "Currently, Sungjae is busy filming his upcoming drama 'Two-Way Pocha', while also preparing for the release of his special album set for release on March 2." 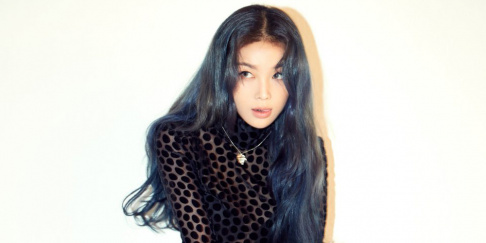 I will miss them so much... I was worried about this when they added member... all the best for Lee Sang Yoon and Sungjae for future endeavours... Hope they bring nice member who will have nice chemistry with the current members...

Netizens surprised by TXT's skills at the assembly line of their album manufacturing factory
4 hours ago   5   5,766

This is Song Joong Ki and Katy Louise Saunders' future home where they will raise their first child
7 hours ago   31   52,402