Doubt is arising regarding YouTube channel Garo Sero Institute's credibility as previous statements made by lawyer Kang Yong Suk were proven to be false.

Kang Yong Suk is part of the Garo Sero Institute and is helping an alleged sexual assault victim in her suit against singer Kim Gun Mo.

The lawyer previously stated that the singer drove a Porche Cayenne to the police station for his investigation where it was consequently seized by the police. However, the police clarified that this statement is untrue. When questioned about the legitimacy of his statement, the lawyer quickly stated that he got the information from another source. SBS FunE reporters also revealed that Kim Gun Mo owns a Porsche Targan not a Cayenne.

Although support for the channel was fervent at first, statements such as these have netizens questioning the channel's credibility. What do you think of this? 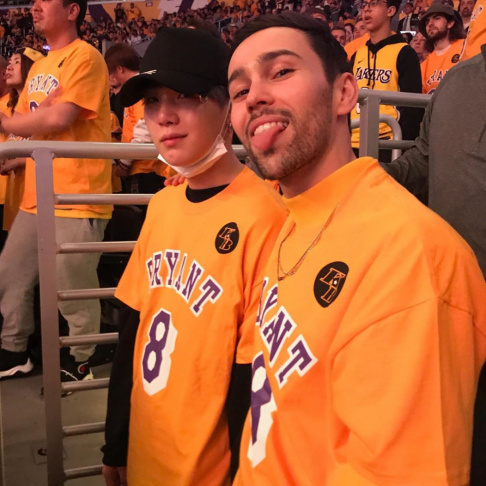 If you are a lawyer I think you have an obligation to deal in proven facts when making public statements. Either that or use the appropriate terms such as reportedly (as in the case of the car) or allegedly.
(and personally they shouldn't talk about something like police actions (confiscating a car) without proof themselves. Which is different from presenting a client with an allegation.)
And FWIW he seems to be trying this case in the court of public opinion and not where it belongs - in court.

Should sue the Gero Sero idiots and have this Yong Suk stand up for himself since he's a lawyer, albeit a trashy one.

Isn't it a fundamental thing for a lawyer to make his claims based on facts? Can you imagine a lawyer go "Your Honor, I heard from a source that he drove an expensive car."? Wtf. And for all those that didn't know, he tried to imply someone big from Infinity Challenge is involved in a harassment scandal, pulling Yoo Jae Suk into the nonsense, just to clarify it was untrue later. Now the other pathetic half of Gero Sero is targeting Seo Jang Hoon, 'warning' him that they will reveal his dark secrets, when they couldve just reported the secrets, assuming they're even legit in the first place.

These dirtbags are trying to be relevant by sensationalizing everything, true or untrue. Oughta be sued for defamation, really.

Kim Taehyung's impressive performance for 'Yet To Come (Hyundai Version)' gets compared to a musical
8 hours ago   16   11,616

BTS raises anticipation for upcoming 'Yet To Come' Busan concert with new poster
3 hours ago   0   1,256