Choi Youngjoon uploaded a teaser of the 'Good Thing' dance practice on his Instagram with the caption "This is Lisa on her first practice on the first day. Lisa, a genius in learning & mastering. A genius who is a perfectionist." He also stated that he will upload the full HD on his youtube channel.

Choi Youngjoon is one of the most renowned choreographers in South Korea, having choreographed famous K-Pop songs like Twice’s “Knock Knock”, SEVENTEEN’s “Don’t Wanna Cry”, WANNA ONE’s “Energetic” and many more. He was also the choreographer for Producer X 101.

For BLACKPINK's tour, Lisa performed Good Thing by Kehlani which quickly became viral and was even noticed by Kehlani herself.

BLACKPINK's Lisa had the chance to have a private lesson with Choi Youngjoon back in December 2017. He also uploaded the dance practice on his Instagram with the caption "She is so good that I didn’t know if I’m giving a lesson or I’m receiving a lesson … It was an experience that helped me a lot too." 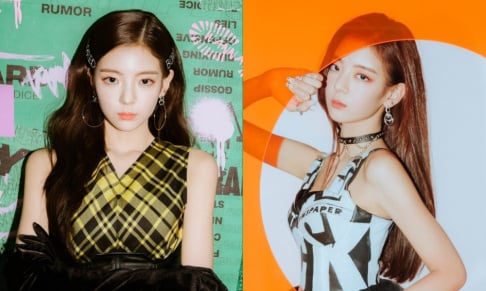 Wow Lalisa! 😍 I can't believe there are so many down votes when this was just uploaded. 😂 Antis are so insecure when it comes to BLACKPINK and it shows.

Rain preparing to hand over ownership of boy group Ciipher to another agency
7 hours ago   35   23,869

VT Entertainment announces the departure of 4 members from Black Level.
2 hours ago   3   792

Nine members of LOONA reportedly working to suspend their exclusive contracts with Blockberry Creative
1 day ago   93   45,925

BlockBerry Creative states that if Chuu wishes to prove her innocence, she should be the one to provide 'evidence'
1 day ago   126   52,788