Seungri has reportedly admitted to gambling charges during police questioning.

On August 28, the former Big Bang member attended questioning at the Seoul Metropolitan Police Agency, and before entering the station, he told reporters, "I'll dutifully undergo police questioning. I apologize once again for causing worry."

According to reports, Seungri has admitted to some of his charges for gambling illegally overseas, but he has denied being involved in "hwanchigi" or illegal foreign exchange. His questioning is still ongoing after 10 hours.

Yang Hyun Suk, who is also under investigation for the same charges, will attend police questioning on August 29 KST.

"In 2003, Shin Jung-hwan was fined 5 million won (about USD $4,600) for gambling. He was fined double that in 2005. Later he was caught on video tape gambling in the Philippines. That was enough to spark his arrest when he returned to Korea, for which in 2011 he was given an 8-month prison sentence"

I'm pretty sure that, at worst, Seungri will be fined.

So, let's get this straight: He did in fact admit to most of the gambling charges that were handed to him earlier by police. Gambling itself is illegal for Korean citizens in (and outside of) Korea - except at one place: Kangwon Land, a casino and resort company located in the Gangwon Province. This means Seungri did commit a criminal act by gambling overseas, since the Korean criminal law applies to Korean citizen throughout the world. Like it or not, but that's how the Korean law works.

AKP BUZZ
Korean Mukbang YouTuber is fired from her Chinese agency after saying "Kimchi is a Korean food"
1 hour ago   24   17,790

GOT7 trends worldwide on Twitter as fans congratulate the group on a new beginning
2 hours ago   7   8,470

B.I officially returns as a singer and producer with Epik High's song "Acceptance Speech" and Epik High comment on his participation
3 hours ago   13   7,006 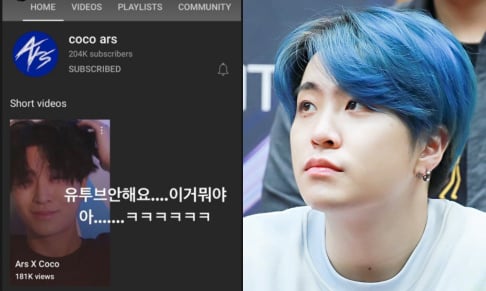 AKP BUZZ
Korean Mukbang YouTuber is fired from her Chinese agency after saying "Kimchi is a Korean food"
1 hour ago   24   17,790

Mina lashes out at netizen demanding proof that Jimin bullied her, posts medical diagnosis from hospital
15 hours ago   181   43,796

All Witnesses Denied Seungri Involvement, Saying Police Tried To Force Them Against Seungri
2 days ago   160   35,069