Lee Kwang Soo opened up about his nude scene in the upcoming movie 'Tazza: One Eyed Jack'.

At the August 28th press conference for 'Tazza: One Eyed Jack', Lee Kwang Soo expressed, "I was personally surprised. I didn't know I took off clothes to that extent. I think the director wanted to show Lee Kwang Soo is an adult actor through this scene. I think I'll show you a new side of myself."

He continued, "The staff on set were very considerate during filming."

'Tazza: One Eyed Jack' is based on the third comic of the 'Tazza' series, and it tells the story of a talented poker player who meets a mysterious gambler and gets involved in the gambling world. It's set to premiere on September 11 KST.

U just move ahead with ur acting career kwangsoo. 👍 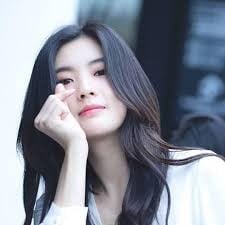 Girls' Generation share a loving video message with fans in celebration of their 13th anniversary
5 hours ago   18   9,293

Fans say they're dissatisfied about this year's 'Idol Star Athletics Competition' taking place without spectators because girl and boy idols can freely meet without fans watching
9 hours ago   83   21,943

Taecyeon spotted joining fans for the #30days_HOTTEST_Challenge, leading up to 2PM's 12th debut anniversary
2 hours ago   2   1,681

Girls' Generation share a loving video message with fans in celebration of their 13th anniversary
5 hours ago   18   9,293

JYP Entertainment responds to reports that TWICE are preparing for a comeback
6 hours ago   22   16,857

Fans find cute baby photos of BTS members as they recreate photos from their childhood
10 hours ago   13   16,713