2018 ended with a video making the rounds on twitter of GOT7s vlive celebrating the New Year.

Bambam begins teasing JB's age - 늙어쓰 (growing old) "JB leadu neulgeoss" and all the members laugh along. The pronunciation used sounded a bit different to the standard Korean, but with context the correct word is obvious to Korean speakers.

Unfortunately without the english subs available at the time, some antis were quick to declare he had been racist, as rumors of Bambam saying the n word began spreading quickly.

It's become the norm for kpop fans to shout from the rooftops before they even know the words, and this toxic environment of looking for others to make a mistake and pushing them off the cliff even if they haven't is ruining kpop for others.

Korean words potentially sounding like offensive English ones has been a topic for long enough now, I would like to think in 2019 we can start to investigate properly before accusing any idols.

Poor guy. Really tho, some people must think english is the only damn language in the world and if by any chance anything foreign sounds like something offensive in english one can't use it at all but like do you realize you are censoring someone's language because of your big ass ego?? and how bad that is?? Gosh and ppl talk about knetz when inetz are just as bad.

Once again, you fucking idiots need to educate yourselves and learn Korean before spilling bullshit from your mouths. Alsonoticethefandomwhowereattacking.

All Woollim Entertainment artists get together for 'Relay' photo
3 hours ago   3   2,827 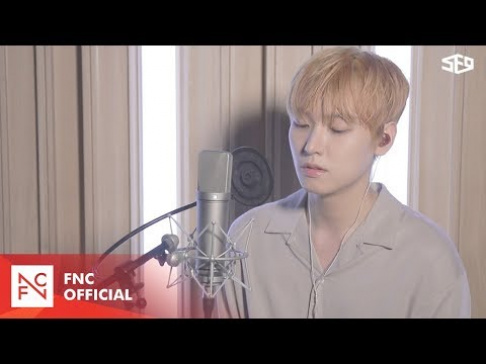 All Woollim Entertainment artists get together for 'Relay' photo
3 hours ago   3   2,827