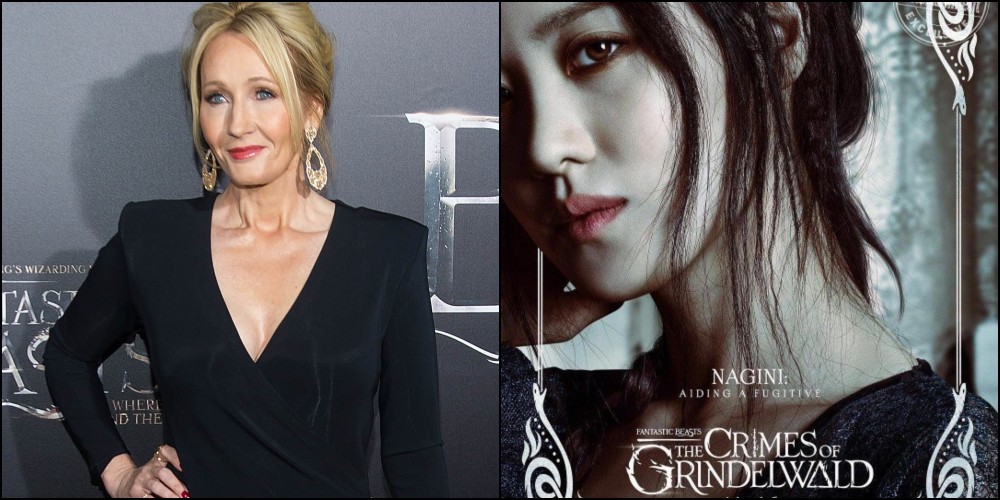 JK Rowling spoke out about the issues involving Soo Hyun (Claudi Kim)'s role in 'Fantastic Beasts 2: The Crimes of Grindelwald'.
On September 25, Warner Bros. Pictures released the official trailer for the new film by the famous scriptwriter JK Rowling.
The film gained great attention in Korea as the cast includes Korean actress Soo Hyun. However, the excitement turned into anger to many when the trailer revealed Soo Hyun is given the role of Nagini; a villainous, evil snake character in the 'Harry Potter' books and movies. Not only South Korean viewers but many viewers of other nationalities are also displeased with JK Rowling for making an Asian play the villain and a character that later becomes Lord Voldemort's pet snake. 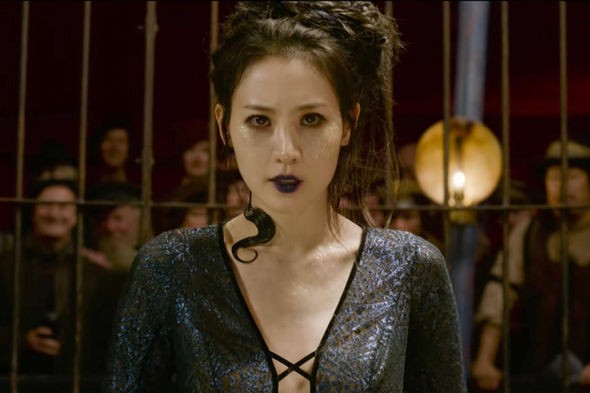 I feel like this is the problem when white people want to diversify and don't actually ask POC how to do so. They don't make the connection between making Nagini an Asian woman who later on is the pet of a white man. So I'm going to say it right now. That shit is racist.

I was already planning to not go see Fantastic Beasts 2 because of JK Rowling's transphobia but I'm definitely not going now with her engaging in hurtful racist stereotypes. Throwing in last minute gay rep that's likely going to be a 30 second scene isn't enough to save her.

Full disclosure: I never watched the Fantastic Beasts movies and don't intend to. But in addition to Johnny Depp, the revelation that Nagini is actually a human woman (with an Asian actress cast in the role) cursed to become a snake is...a racist, misogynist disaster. Ż\_(?)_/Ż

One fan brought the issue to JK Rowling's attention by tweeting, "Listen Joanne, we get it, you didn't include enough representation when you wrote the books. But suddenly making Nagini into a Korean woman is garbage. Representation as an afterthought for more woke points is not good representation. [sic]"
JK Rowling responded with an explanation of Soo Hyun's role, and said, "The Naga are snake-like mythical creatures of Indonesian mythology, hence the name 'Nagini.' They are sometimes depicted as winged, sometimes as half-human, half-snake. Indonesia comprises a few hundred ethnics groups, including Javenese, Chinese, and Betawi. Have a lovely day."

The Naga are snake-like mythical creatures of Indonesian mythology, hence the name 'Nagini.' They are sometimes depicted as winged, sometimes as half-human, half-snake. Indonesia comprises a few hundred ethnic groups, including Javanese, Chinese and Betawi. Have a lovely day

Actually @jk_rowling the Naga mythology emerged from India. It travelled to Indonesia with the Indic/Hindu empires that emerged there in the early Common Era, with the influence of Indian traders and Rishis/Rishikas who travelled there. Nagin is a Sanskrit language word. https://t.co/cXHSlDD7Kc

iKON's Donghyuk tests negative for COVID-19 & placed under quarantine, some 'Kingdom' teams may be expected to prepare for the final round without the quarantining members
4 hours ago   4   4,907

The comedian who groped idols in the past finishes second at a body fitness competition
2 days ago   124   48,905