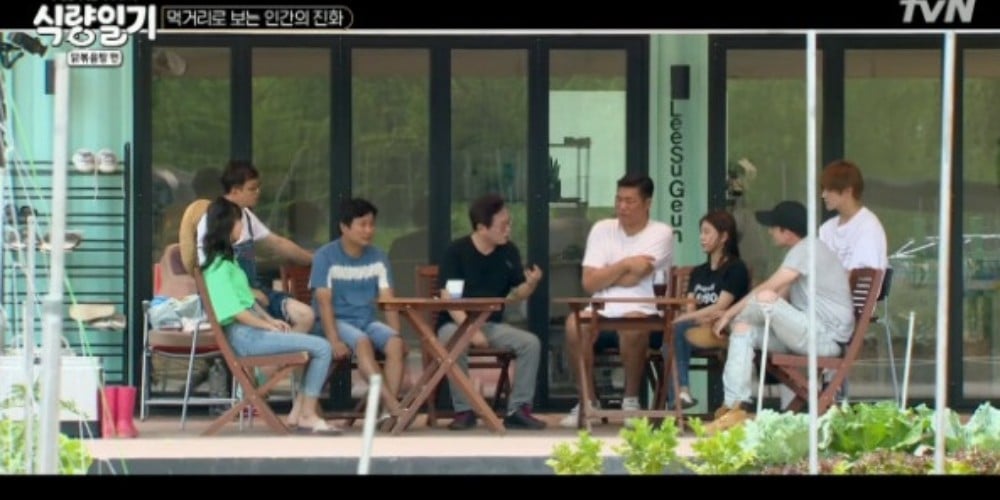 Nutrition columnist Hwang Kyo Ik dived further into the controversy of 'Food Diary'.
Following the first episode of the new variety show, netizens got into a debate about the moral standpoint of growing your own chickens to eat. Some strongly opposed the "cruel" ideal. Animal rights organizations even petitioned to end the program.
On June 13 airing of tvN's 'Food Diary', columnist Hwang Kyo Ik talked about the issue and explained, "It's unpleasant to catch it yourself and eat it. That's why we make others do it for us. From a religious point of view, people who are in high positions of the hierarchy did not engage in slaughter. You eat it when someone cooks it for you. So in the past, people would catch (and slaughter) for one another. They used all kinds of methods to relieve the human needs." 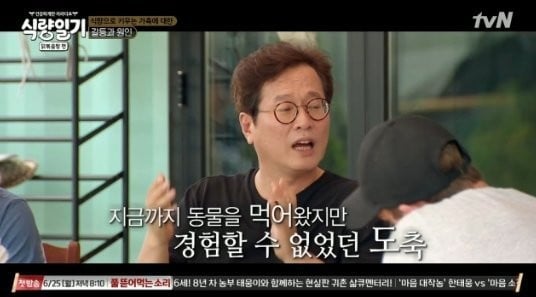 He continued, "In our current society, slaughtering has been pushed to one location. We made it as if it doesn't exist in our lives. I believe such reactions from netizens occurred because we've experienced eating animals but not catching and slaughtering them. So with that in mind, I believe the program is very meaningful."
Hwang Kyo Ik continued to share, "I've caught a chicken with my grandma before. My grandma cut off the chicken's neck and placed the chicken in my arms. I felt the chicken's life being taken away with my body. That experience was very helpful to me. You have to eat everything when you are eating chicken. We are taking away a life when eating meat." 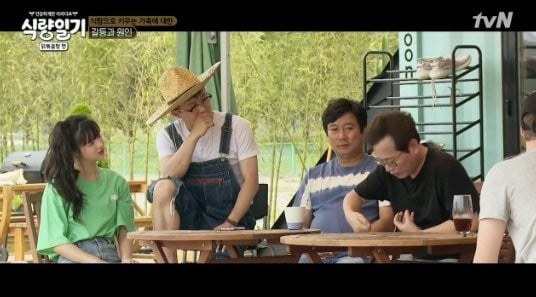 AKP BUZZ
Korean Mukbang YouTuber is fired from her Chinese agency after saying "Kimchi is a Korean food"
2 hours ago   34   24,329

GOT7 trends worldwide on Twitter as fans congratulate the group on a new beginning
3 hours ago   10   10,365

B.I officially returns as a singer and producer with Epik High's song "Acceptance Speech" and Epik High comment on his participation
4 hours ago   14   8,171

Netizens can't get over how good looking SM Entertainment artists were when they were young
28 minutes ago   6   2,082

Mina lashes out at netizen demanding proof that Jimin bullied her, posts medical diagnosis from hospital
16 hours ago   192   44,417

All Witnesses Denied Seungri Involvement, Saying Police Tried To Force Them Against Seungri
2 days ago   162   35,224