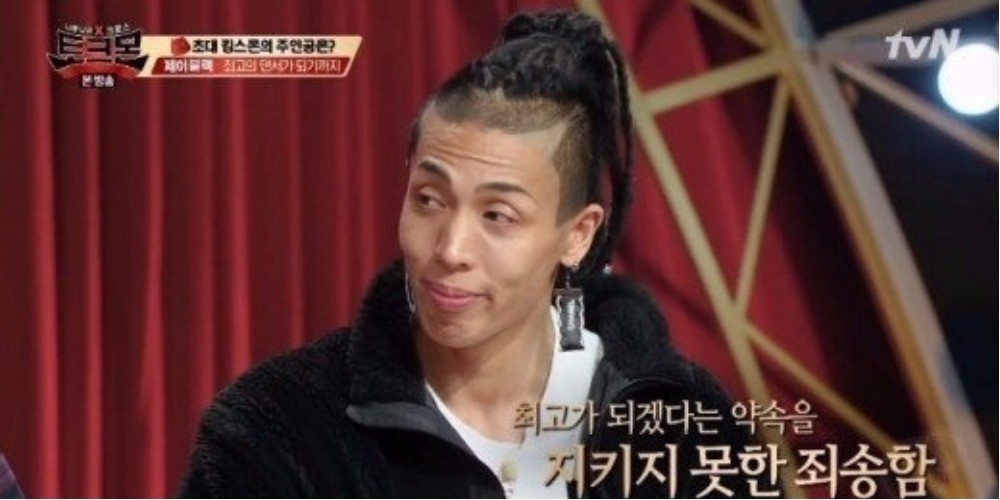 He said, "Truth be told, I started dancing later in life. I began after serving in the army. I took a dance class at an academy but was not very skilled at it. Most of the students at the academy came for broadcasted dances, some of which were canceled. My monthly income was a mere $30."

Jay Black continued by saying, "Some days I ate ramen and some days I starved. I could not bring myself to tell my parents about how I was struggling."

Thinking about that tough time period in his life must have triggered some deep-rooted sadness because he shed tears on the show. Thankfully, he is doing much better financially.

Super Junior is the top Korean artist for the first half of 2021 on Taiwanâ€™s biggest music streaming service KKBOX
4 hours ago   3   3,098

BTS's Jungkook impresses Netizens with his wise answers and handsome visuals during SBS Interview
8 hours ago   19   15,452

Jin is named one of the Asian artists that had a big role in destigmatizing mental health problems
8 hours ago   14   16,083

Super Junior is the top Korean artist for the first half of 2021 on Taiwanâ€™s biggest music streaming service KKBOX
4 hours ago   3   3,098

Goo Hye Sun says she doesn't care about the harsh criticism she's receiving from the art industry
2 days ago   79   45,557

AKP BUZZ
MBC apologizes for using inappropriate photos representing countries including a photo of the Chernobyl disaster for Ukraine during Olympic Opening Ceremony
2 days ago   94   19,450