Super Junior's Heechul talked about his voting choice being leaked.

While he was doing early voting, the press took photos of him folding his vote and putting it into the ballot. Unfortunately, the photo clearly showed whom he had chosen because his choice could be seen through the back of the paper and the fold.

On SBS's 'Game Show', he joked, "I almost got banned from broadcasts for 5 years. I went to Hong Kong yesterday [when the results came out], and I was so nervous. I almost couldn't come here." He was implying that if his choice had not won, he would've ended up on the blacklist like the Park Geun Hye period.

He then added, "Everyone saw whom I voted for during early voting. I got contacted while filming 'A Hyung I Know'. Our group chat went crazy." 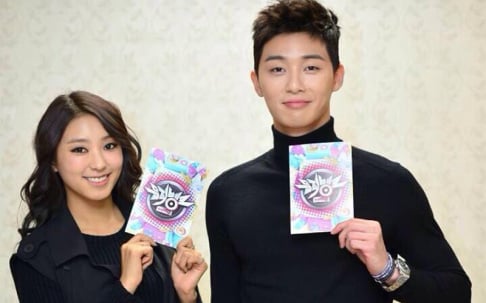 CJ invests over 1.6 billion USD to launch construction of 'Livecity', a theme park centered around Korea's first ever K-Pop arena
1 hour ago   4   1,957